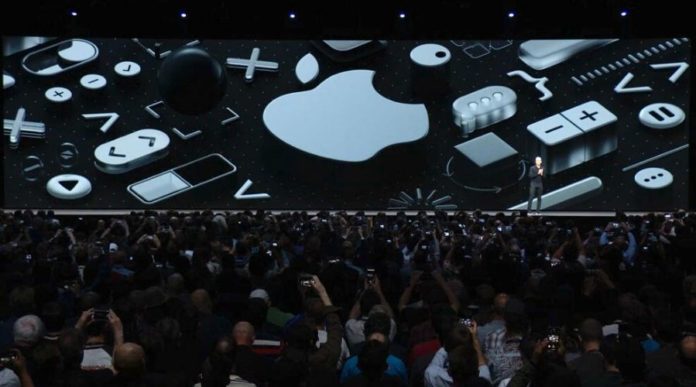 Apple’s annual Worldwide Developers Conference (WWDC) was lead-off this Monday, due to the corona virus global pandemic this event was online-only for the very first time. Apple revealed the exciting new features regarding the long awaited iOS 14, iPadOS 14, MacOS Big Sur, updates in TVOS and WatchOS 7, the softwares that powers iPhones, iPads and Mac computer systems. These new features added to the software will bring the Apple fans even closer to the Apple World! 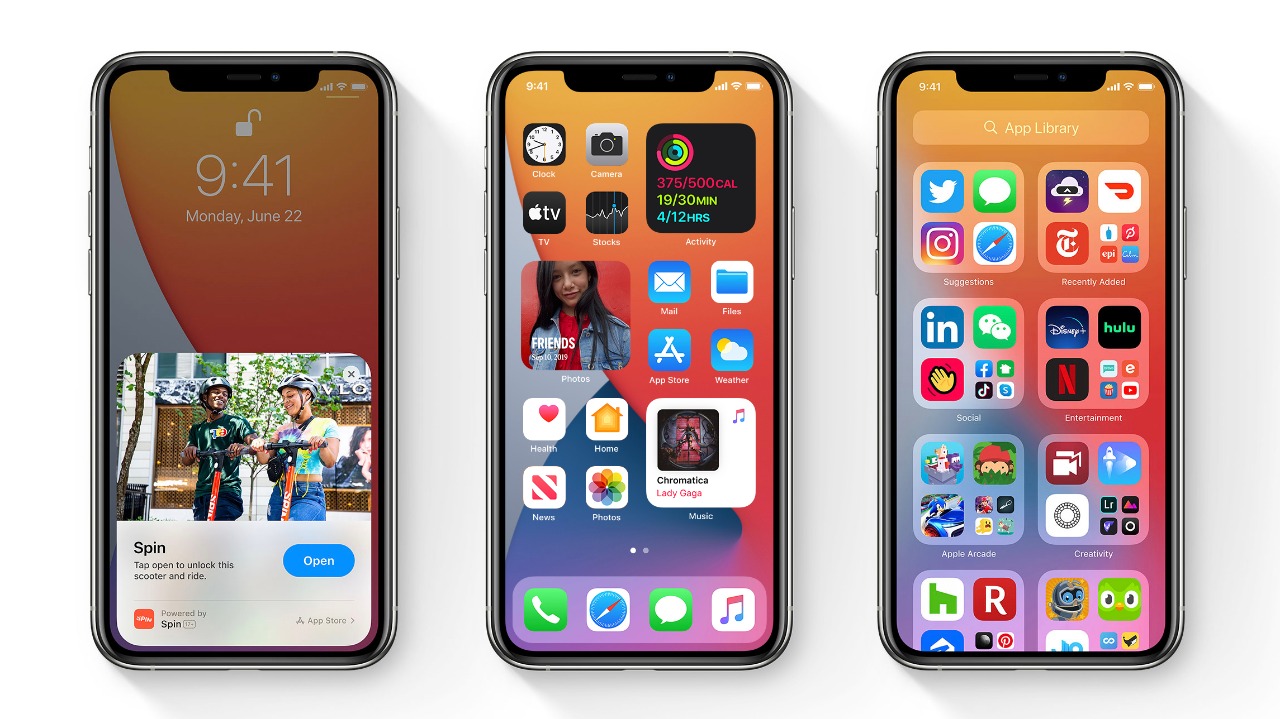 So, without any further ado I will show you some exciting new iOS 14 features coming to the iPhone:

For a long time, organising and moving apps in iPhone have remained pretty boring. But in iOS 14 app library, it will organise your apps into groups in lists. For example if you have social media apps like instagram and twitter, you can place them both in a single organised folder and name it as “social apps” in your home screen. Now you can also “hide” applications from the main screen.

Before the iOS 14, users could only have apps on the iPhone home screen. However, now they care able to include widgets on their home screen and you can also resize them to your liking, which contains more information and has more functionality than the apps.

Apple’s App Clips allows you to preview “small chunks” of applications quickly without downloading the entire app especially if it’s a onetime thing. This can save your time, when trying to pay for takeout or parking, since App Clips is compatible with Apple Pay and Sign In with Apple.

Apple iOS 14 will now allow users to have picture and picture video on their home screen; this will allow you to watch videos while multi-tasking on your iPhone. The video screen will shrink and you will be able to move the video anywhere on the home screen while multi-tasking. This feature will also work when you are on a phone call or face-time call. 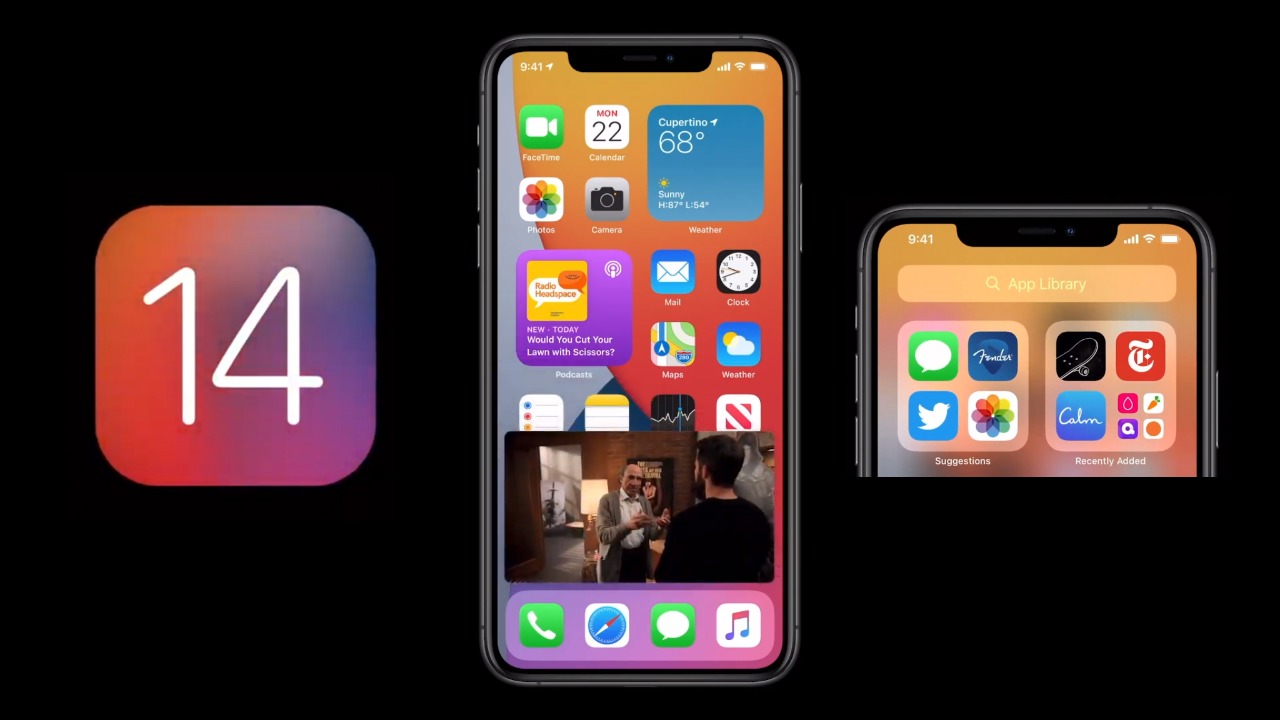 Apple has added an exciting new feature in the messages app section, where you will be able to enable the option so that you don’t receive notifications when you are in a group chat unless your name is typed in that specific message. Also, you will be able to pin conversation to shift it on the top. Pretty cool right!

In the older IOS version, when you activate siri, the whole screen turns black and you are unable to do anything else. But in the new iOS 14, there is just a small animation at the bottom of the home-screen and you can multi-task while siri is activated.

One of the amazing new features is the Apple’s Translate application that allows the user to translate text and directions in 11 different languages, including English, Mandarin Chinese, French, German and Korean. The great thing about this app is that you don’t have to be online to use this app. To access this app you just have to rotate the iPhone into landscape mode.

The previous version of iOS didn’t have the option for cycling, but with this new upcoming OS, users will be able to get routes for bikes and cycles as well. Also, you will be able to see elevation changes, steeps and stairs.

Wind Down mode will help reminding the users to get ready for bed. This feature, will work for both, iPhone and Apple Watches. It will let you set a desired bed time and wake-up time, and it will put your phone into “Do Not Disturb mode”. Also, there will be options to add shortcuts for work-time or playing music.

You can see the same redesigned widgets as iOS 14 mentioned above, but iPadOS had improved Photos navigation with a sidebar; the sidebar design has also been integrated into several of Apple’s own apps, with tapping and dragging. Compact notifications for incoming calls and more won’t faint your screen, this feature is also in iOS as well. There are improvements in the Search Section, it has been redesigned to work from anywhere and to function more like Spotlight on the desktop.

In the end, the new Scribble app provides handwriting recognition note-taking for use with Apple Pencil and the ability to cut and paste more precisely, as well as the ability to write into text fields just like Windows 10. Also, it can recognise different languages as well.

When you will update to the new MacOS version you will feel a completely different design, though you’d be forgiven for thinking it’s a pretty subtle change. The same Photos design from iPadOS is implemented to MacOS, as do many of the app updates that we’ll get in iOS and iPadOS. Control centre in the menu bar, widgets and notification centre is more sophisticated as well. 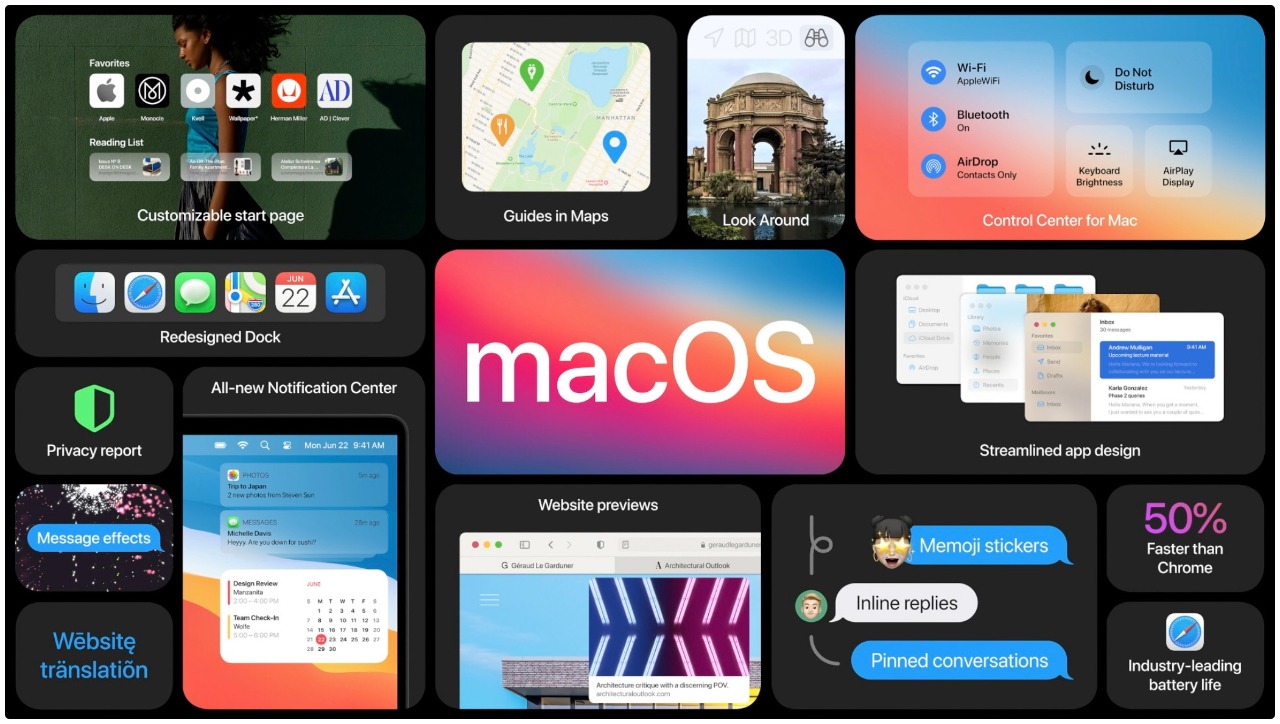 Mac Catalyst, the tool for transporting iOS apps to MacOS elaborates some of the capabilities to make it more like MacOS. Safari will be faster at loading frequently visited websites and improved privacy features.

It is expected that the upcoming update of WatchOS 7, will include fresh batch of features like new workout options and native sleep tracking which has been anticipated for many years now. 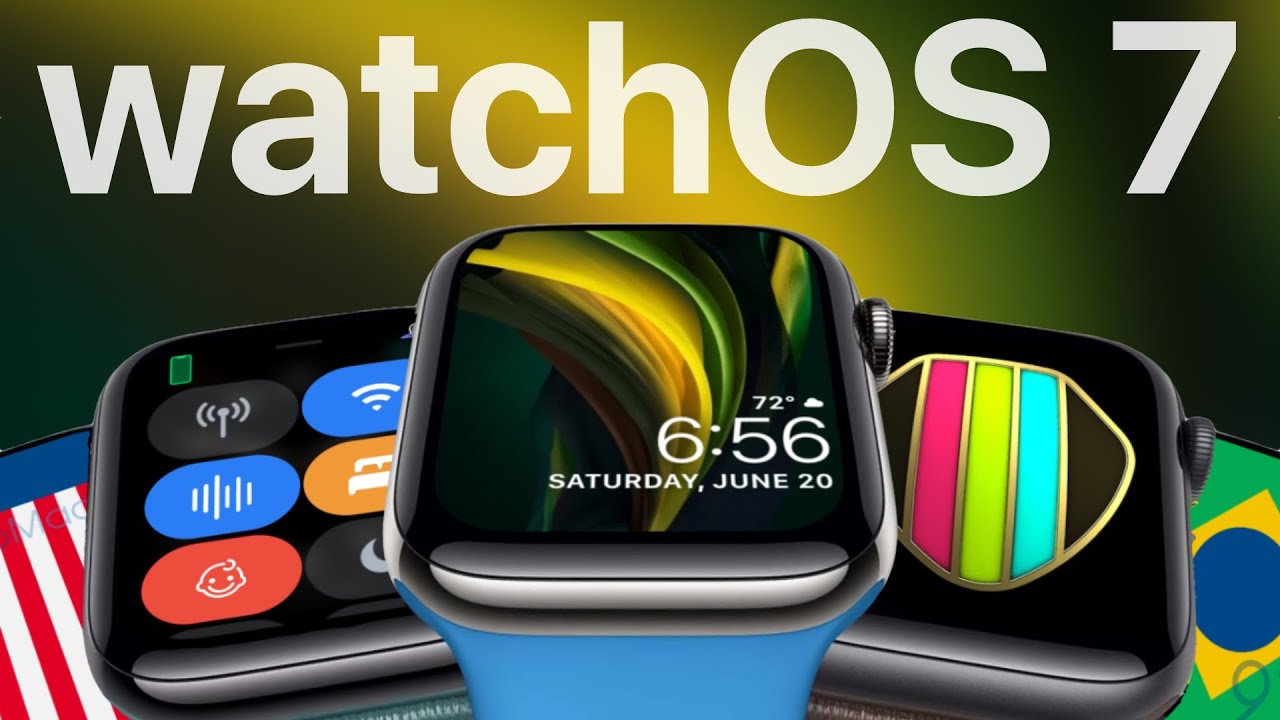 Sadly, these features will be compatible only with the Apple Watch Series 3 or later and some features are exclusive to the Series 5. Here is a breakdown of some key new Apple Watch features announced at WWDC 2020.

The wait is over, now you finally wear your Apple Watch with WatchOS 7 to bed and track your sleep without relying on a third-part application. This new feature uses the motion and heart rate sensor to determine if you are fallen asleep and shuts off all notifications. You can also check whether you woke up in the middle of the night by checking the sleep cycle.

The Fitness app, will show you the summary of your day, has been rebranded in WatchOS 7. It will be known as the Fitness app on both the Apple Watch and the iPhone. Though the application remains very similar on the Watch, it’s gotten a light redesign on the iPhone. WatchOS 7 includes dancing, core training, functional strength and cool down to the list of workout options on the watch.

In these Global Pandemic times, keeping our hands clean is very essential. The new Apple Watch feature will help you remind that you need to wash your hands as soon as you reach your home. It will use the motion sensor and microphone to figure out when you are washing your hands and make sure that you are doing it right. Once, it notices that you are at the sink it will start a 20 seconds countdown, which is the ideal duration based on CDC guidelines.

Apple Watch already monitors the noise level and alerts the user when it reaches to a certain point where it could damage your hearing. But now it will do the same when you are listening to any audio through headphones.

Apple still won’t allow third-party watch faces, but you can share watch faces with each other via text, email or social media. WatchOS 7 also has a new Chronograph Pro option, which has an analog-style tachymeter that measures speed and distance, and has an extra-large text option and new photo filters. And you’ll be able to add new complications for Apple’s camera, remote, sleep and Shortcuts apps. 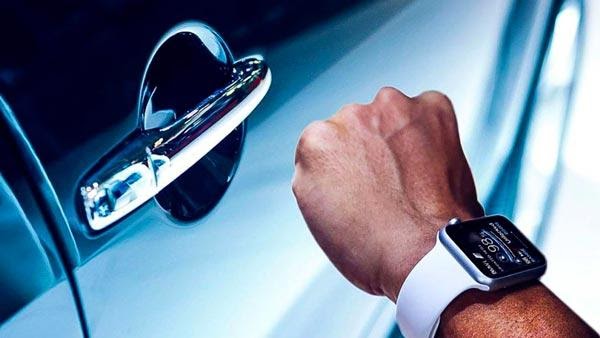 You can now start your car with the new WatchOS 7. Unfortunately, the car key feature will only be available on the Apple Watch Series 5 or beyond, and will only be compatible with selective BMW models for now.