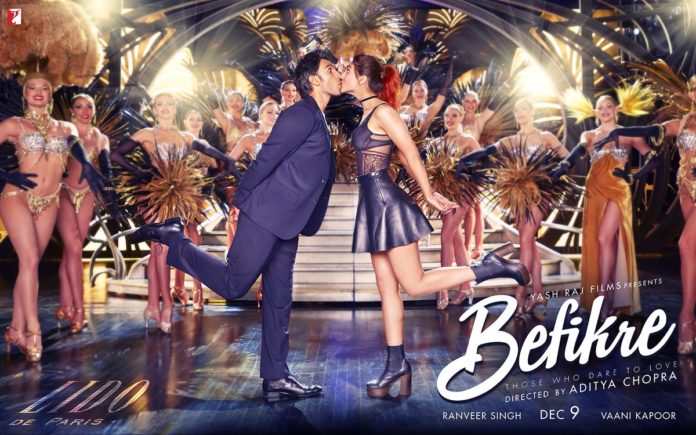 Being the most-talked about thr movie, Befikre is a new age love story between Ranveer Singh and Vaani Kapoor. Directed by Aditya Chopra, Befikre’s released posters and official trailer with Ranveer and Vaani’s different kissing posture portrays the sizzling chemistry between the duo and their love affair in Paris.

So far, after its released posters and song Labon ka Karobar, the movie is anticipated to be the boldest movie of Bollywood. There was a great hype around its official trailer, which finally got launched at Eiffel Tower on October 10, and we found 7 things that make Befikre a must watch!

Ranveer Singh, how can you be so hot?! Yes, you got us right! There’s going to be a hot sequence where the Befikre actor, Ranveer will be seen removing his clothes and we will get to see how he has worked hard on his body transformation for the movie. We all know that Ranveer is a ladies charmer, but this is just too hot to handle!!

From steamy kissing scenes  to wearing a sexy bikini, Vaani Kapoor hasn’t appeared like Befikre ever before. She proved to be a young carefree girl with a badass attitude and she has totally nailed her character in the movie.

Before this Vaani hasn’t taken such a bold step in her previous movies, but she looks super hot in her mint green bikini walk in the movie and we can’t wait to watch her complete bold hot bikini beach scene.

The City of Love – Paris

Ah! Paris, the city of love. What makes Befikre more beautiful is the scenic views where the movie is shot, and every frame is pouring love straight out from Paris. Moreover, in the movie, we will get to see many scenic places in Paris, other than Eiffel Tower.

It’s All About Kisses 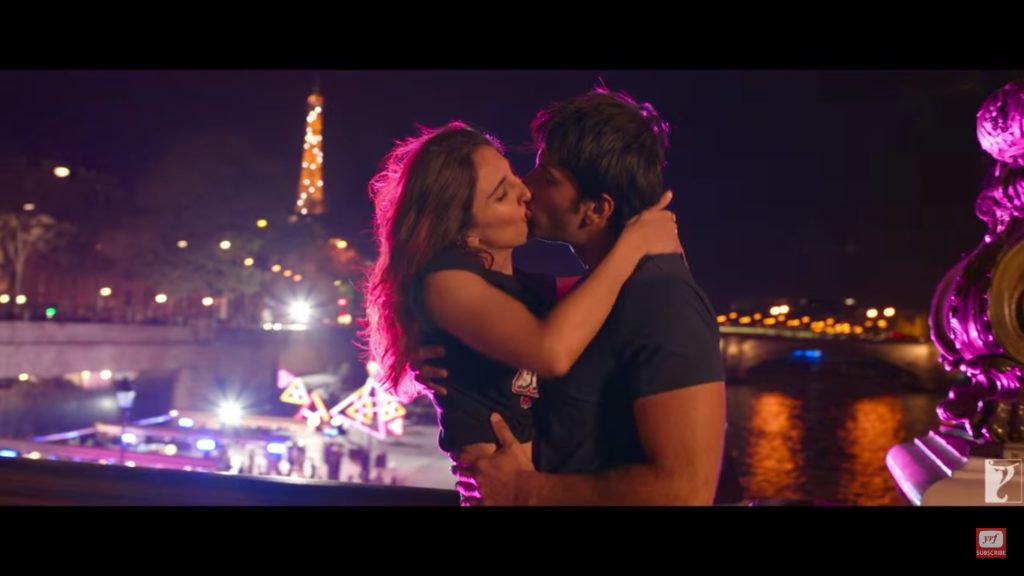 This upcoming Bollywood movie is said to have a record number of kisses. According to the sources and what we have seen on the posters and in the trailer so far, there’s going to be more than 28 instances where Ranveer and Vaani have locked lips. Yes, it was just a trailer that we saw, the whole movie is yet to be seen!

Befikre is an upcoming Hindi romantic drama, which portrays young, carefree love between Ranveer Singh and Vaani Kapoor. The movie will be in theaters on December 9, 2016.