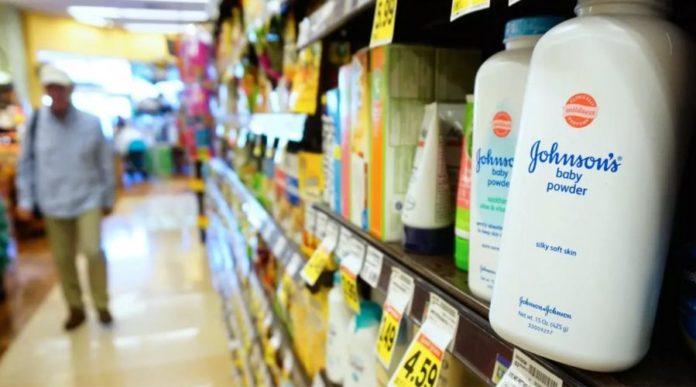 After being ordered to pay out billions of dollars related to lost legal battles over claims the product causes cancer, Johnson & Johnson will stop selling talcum-based baby powder in the United States and Canada.

Stores around the country and in Canada will continue to sell whatever remaining inventory of baby powder remains on their shelves, the company said. Additionally, cornstarch-based Johnson’s Baby Powder will remain available in North America.

Denying allegations that the powder is responsible for health problems, the company made the announcement Tuesday.

The company said in a statement: “Johnson & Johnson remains steadfastly confident in the safety of talc-based Johnson’s Baby Powder.”

The company said demand for talc-based baby powder in the US has been declining. In March it decided to stop shipping hundreds of items of the controversial product line.

“Demand for talc-based Johnson’s Baby Powder in North America has been declining due in large part to changes in consumer habits and fueled by misinformation around the safety of the product and a constant barrage of litigation advertising,” Johnson & Johnson said in a statement.

J&J faces more than 19,000 lawsuits from consumers and their survivors claiming its talc products caused cancer due to contamination with asbestos, a known carcinogen. Many are pending before a US district judge in New Jersey. “I wish my mother could be here to see this day,” said Crystal Deckard, whose mother Darlene Coker alleged Baby Powder caused her mesothelioma. She dropped the suit filed in 1999 after losing her fight to compel J&J to divulge internal records. Coker died of mesothelioma in 2009.

Last October the company voluntarily recalled a batch of its baby powder after US Food and Drug Administration (FDA) regulators found trace amounts of asbestos in the product.
Reuters and The New York Times in December 2018 investigated and revealed documents that indicate Johnson & Johnson had for decades added amounts of asbestos in its powder.
Johnson & Johnson strenuously denied the claims, they said in October that its testing had found no asbestos in its baby powder after tests conducted by the US Food and Drug Administration discovered trace amounts.

“From at least 1971 to the early 2000s, the company’s raw talc and finished powders sometimes tested positive for small amounts of asbestos, and that company executives, mine managers, scientists, doctors and lawyers fretted over the problem and how to address it while failing to disclose it to regulators or the public,” Reuters reported.

The company’s big moneymakers are no longer its lines of household medicine cabinet brands. “Fully half of its revenue now comes from pharmaceuticals, used to treat everything from depression to blood clots,” NPR’s Scott Horsley reported. Baby powder makes up around 0.5% of Johnson & Johnson’s total US consumer health business.

Many of the lawsuits allege Baby Powder caused plaintiffs’ mesothelioma, an incurable cancer of the lining of the lungs and other organs commonly caused by asbestos.
J&J said it will continue to sell cornstarch-based baby powder in North America, and will sell both its talc and cornstarch-based products in other markets around the world.