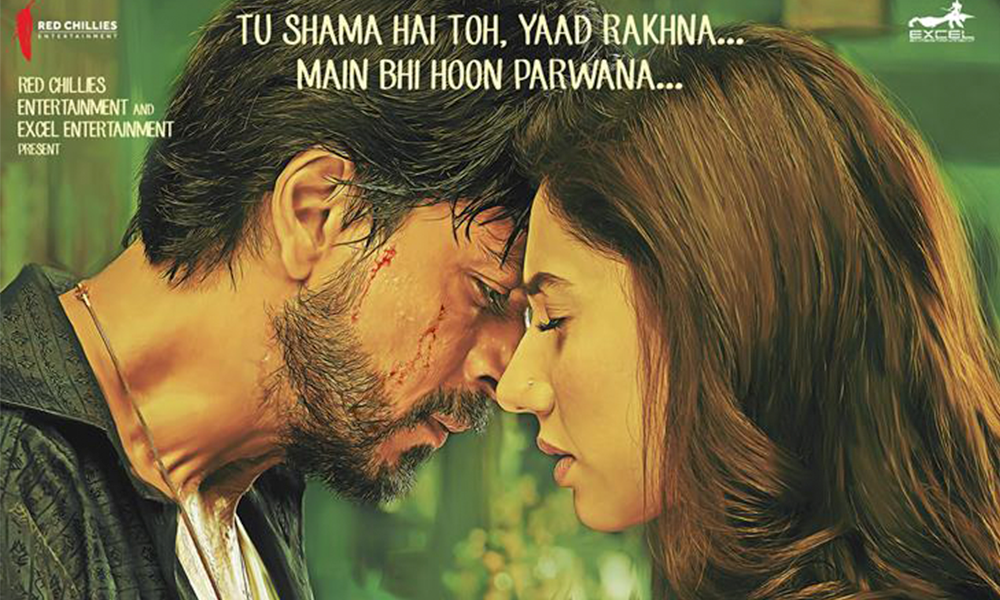 If you swooned over Shah Rukh Khan and Mahira Khan’s intense poster then you’re going to be over the roof listening to Raees movie’s new song, O Zaaalima. Shah Rukh Khan has given a sneak peak of the song on his Instagram and we’re already in love with it! The O Zaalima song also shows Mahira Khan in the signature SRK’s heroine get up.

The actor, shared the Zaalima song teaser with the caption, “Singing aati ho ya nahi, Zaalima ke liye toh gungunana padega. #Zaalima5thJan”. Well, we wonder if the actor will be singing or reciting the song in Raees. But in the teaser, we see him delivering a few lines from the same, which are: “Jo Tere khaatir tadpe hai pehle se hi, Usse kya tadpana, O Zaalima.”

Raees movie’s songs have so far been a huge hit. The makers earlier hit the jackpot with Sunny Leone’s ulta sexy item song, Laila O Laila. O Zaalima song will be the second song of the movie.

Raees trailers and songs have finally put a hold on the tension where we can see Bollywood king Shahrukh Khan with Pakistani Beauty Mahira Khan. The trailer of the most anticipated film is out and all we can say is it’s just MIND BLOWING!. From the dialogues to the cast to the plot of the 70’s, everything is just Perfect! Oh, how can we forget about the sizzling chemistry between SRK and Mahira Khan.