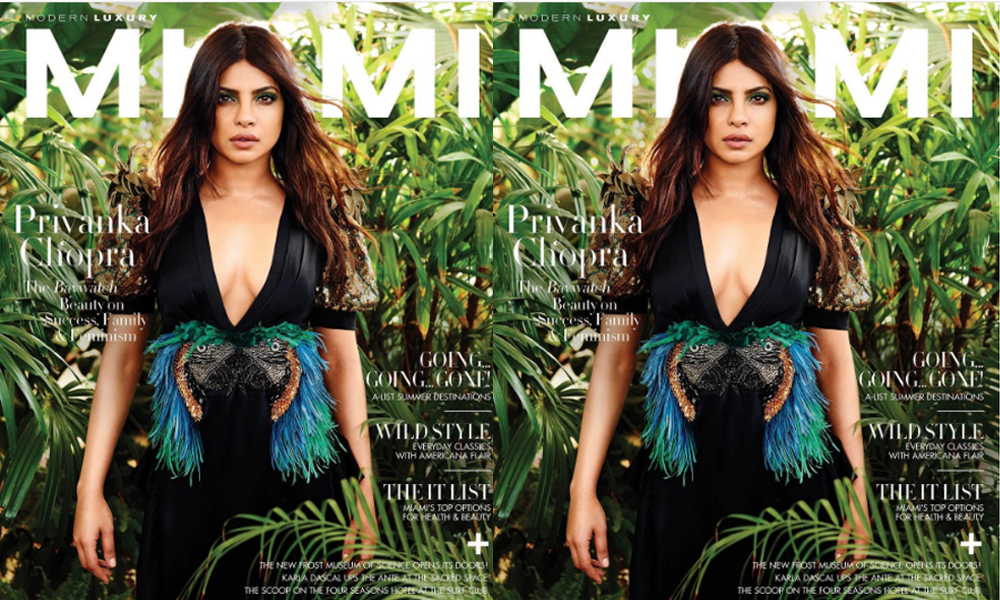 Actress Priyanka Chopra is riding high on her success from Hollywood. She has already made a big name in Hollywood industry with a successful TV show and a movie in the bag.

Nowadays, she is busy promoting her movie Baywatch. But seems like the actress has found some time for a photo shoot. Priyanka Chopra has featured on the cover of international Miami magazine for May and June and she is looking hot.

Take A Look At Priyanka Chopra: 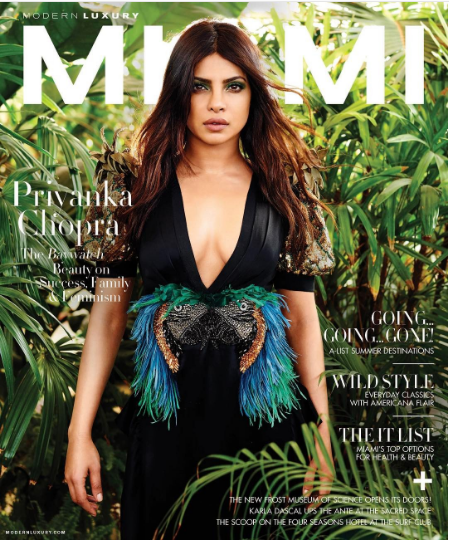 Baywatch’s new trailer also got released today. And Priyanka has absolutely killed the trailer with her awesomeness.

Priyanka Chopra Steals The Show In The New Baywatch Trailer

Priyanka recently returned to India after a long shoot in the U.S. She said in an interview that she will meet filmmakers for a new project. Priyanka will work on her next production venture as a result of Ventilator’s success.

Above all, when it comes to Priyanka a lot of things is expected, so let’s wait and watch.