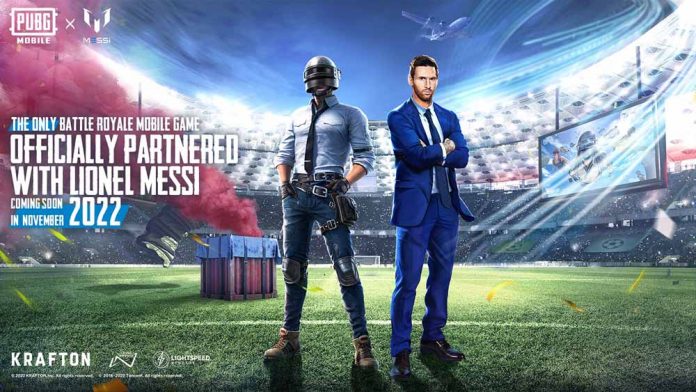 PUBG MOBILE, one of the world’s most popular mobile games, is excited to announce a new partnership with football icon Lionel Messi, one of sport’s most legendary figures.

Coming soon as part of the Version 2.3 Update in November, PUBG MOBILE will celebrate the sporting icon’s one of a kind career, bringing the superstar to players’ devices across the world and setting the bar as the only battle royale mobile game to officially partner with Messi.

“Video games have always been a huge part of my life,” said Messi. “I find them incredibly helpful to relax and enjoy myself when I’m not training, and to connect with my teammates, friends, and family. PUBG MOBILE is so much fun, and I am personally amongst its millions of fans all over the world. I am proud of what we’ve been working on and want to invite all players to join me in PUBG MOBILE.”

“We’re incredibly lucky to have such a global sporting superstar join PUBG MOBILE!” said Vincent Wang, Head of PUBG MOBILE Publishing, Tencent Games. “Knowing that many of PUBG MOBILE players are big football enthusiasts as it is, we can’t wait to champion the sport in-game, as well as spread its joy to new fans.”

Messi is one of football’s biggest names, and is widely thought of as one of the world’s greatest players. While playing for some of the world’s top tier clubs and serving as captain of the Argentina national team, he’s gained numerous accolades, including winning the Ballon d’Or a record seven times and the European Golden Shoe a record six times. He’s also known for his philanthropic efforts for global children’s causes such as UNICEF.

The collaboration will introduce a unique collection of in-game outfits, and other items available for a limited time that will let players show off their sporting prowess on the battleground. More information on the partnership is yet to be revealed, so stay tuned for further announcements.