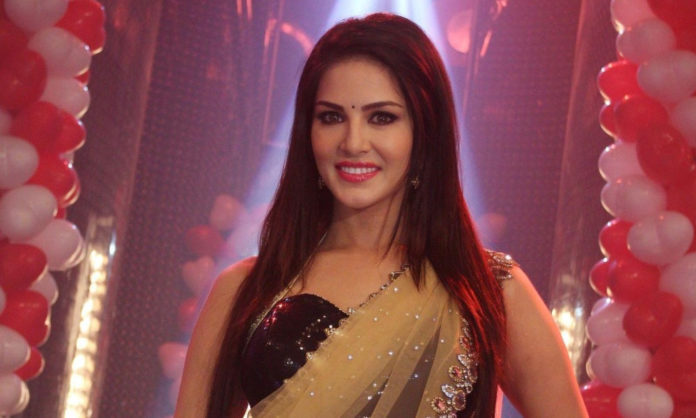 Yes, you heard us right! After all that sensuous romantic Bollywood movies, Sunny Leone is all set to make her TV appearance with the drama serial Bhabhi Ji Ghar Par Hai. The much-hyped about actress, Sunny Leone, who earlier got famous by appearing on reality shows including Bigg Boss and Splitsvilla, will be showing her acting skills as a guest appearance on small screen.

The shooting has started from Monday, and this episode is expected to go on air this week. Sunny will be playing as herself on the show. She will be seen as an actress, who is on a mission to find a hero for her film along with her director.

In the scene sequence, Sunny will be entering the home street of Vibhuti (Aashif Sheikh), Anita (Saumya Tandon), Angoori (Shubhangi Atre) and Manmohan (Rohitash Gaud) and Vibhuti and Manmohan will go crazy after seeing the beautiful actress at their door, leaving their wives jealous.

According to the reports, Sunny Leone immediately agreed to play this role in the show and found it humorous.
Moreover, the whole cast and crew of Bhabhi Ji Ghar Par Hai is excited to share the screen space with the stunning Sunny Leone. One of the lead characters, Shubhangi said, “It is a pleasure to shoot with Sunny. She has no qualms about anything and is very easy to work with.”

She further added, “She is an extremely cooperative co-actor. Hope the audiences will be surprised with this new entry. It was fun teaching her Angoori’s iconic line ‘Sahi pakde hain’.”

Bhabhi Ji Ghar Par Hai is a comedy drama based on two couples living together. Besides this, we are all waiting for Sunny Leone’s latest movie Beiimaan Love, which will be releasing on 30th September, 2016.