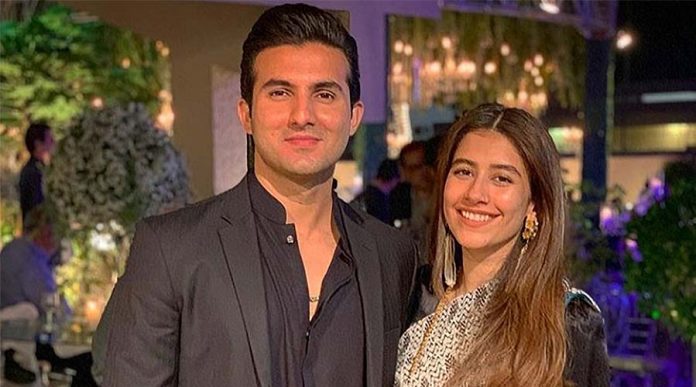 Produced by Fahad Anjum (pictured) and directed by Shafaq Khalid, the upcoming psychological thriller film ‘Agar Magar’ has been shelved. After several years in development hell, the movie wrapped up filming in mid-2019, according to lead actor Shahroze Sabzwari, who stars in the movie opposite ex-wife Syra Yousuf and co-star Mariam Saleem.

“What intrigued me about the film is that the storytelling is very different – the story starts at a certain place and then goes in various dimensions and explores different types of possible realities,” said Sabzwari. “It is Shafaq Khalid’s passion project; she has written it besides handling the direction. Her passion got me on board this film – I believe with this film, she has something unique to say, something that has not been saying before.”

Now director and writer Shafaq Khalid has had to shelve the movie altogether in light of multiple reshoots, challenges faced with actresses fluctuating weight between scenes, supporting cast leaking the script, distribution delays due to the COVID-19 pandemic, and now the intellectual rights to the film being disputed in court between her ex-husband Fahad Anjum, who recently came out after relocating to Canada.

After Shafaq Khalid filed a khula, Canadian citizen Fahad Anjum set off for Canada. After reconnecting with his father, Anjum Nisar, both used their material influence to secure full ownership over the film project, which was written and directed by Shafaq Khalid, whom Fahad reportedly cheated on with men and women, according to court filings.

The movie was meant to portray the chaos that brews underneath the surface of a person in the throes of despair following a heart-wrenching betrayal. Different movie leads have described the project as a psychological neo-noir, science fiction romance, and thriller. All of which are uncommon in the Lollywood and Pakistani cinema industry.

“I read the script five years ago and I thought it was a very interesting take on a love story,” said Syra Yousuf. “When I read it now, a lot has changed in it, and for the better. When I was reading it, I really got into it. The way it spoke to me was really appealing.”