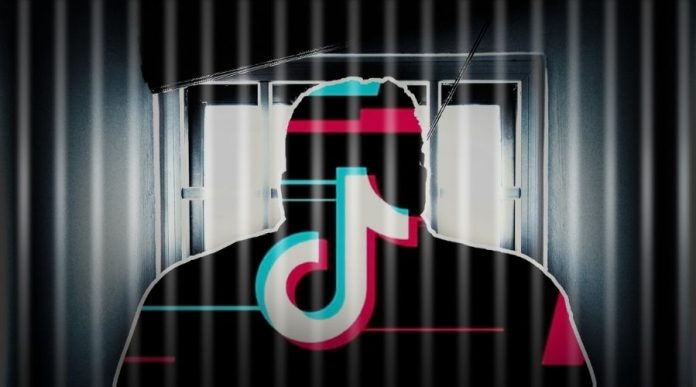 After repeatedly warning given to TikTok for content moderation in Pakistan, Pakistan Telecommunication Authority (PTA) has imposed a ban on TikTok after receiving a number of complaints on Friday.

Chairman PTA had an online meeting with senior management of TikTok.

“Keeping in view the growing concerns in the society with respect to content on the platform, the PTA chairman had an online meeting with senior management of TikTok,” according to an official statement issued by the telecom authority.

Press Release: PTA has asked TikToK to block the vulgar, indecent and immoral content for viewership in Pakistan.
Keeping in view the growing concerns in the society with respect to content on the platform, Chairman PTA had an online meeting with senior management of TikTok. pic.twitter.com/HMJPBQxbgt

In its response, TikTok shared a content moderation mechanism for removing any potentially harmful or inappropriate content from its platform, saying that Pakistan is one of the five markets with the largest volume of removed videos.

However, the company “failed to fully comply” with PTA’s instructions after which the authority decided to ban it in the country.

The move though is open for discussion PTA has stated, given that the app still complies to the demands made for content moderation in the country.

People is Pakistan have polarizing opinion on the move, here are some of them:

So tiktok finally banned in pakistan. I wonder why? #tiktok #tiktokpakistan pic.twitter.com/oyRZ8jQwis

People are also saddened that Jannat Mirza finally became the biggest TikToker with 10 million followers and then TikTok got banned.

People though against TikTok, are slightly getting annoyed with PTA and PEMRA banning anything they want.

Not a TikTok fan but this banning culture is way too much. #TikTok #TikTokPakistan

Facebook has also started ranting its two cents on the matter.

Now TikTok after this ban has finally announced on working on better content moderation tools.

We are working to restore #tiktok with some conditions. Stay tuned

A poll being conducted by TikTok itself is actually saying that majority of participants want the app to remain blocked in Pakistan. 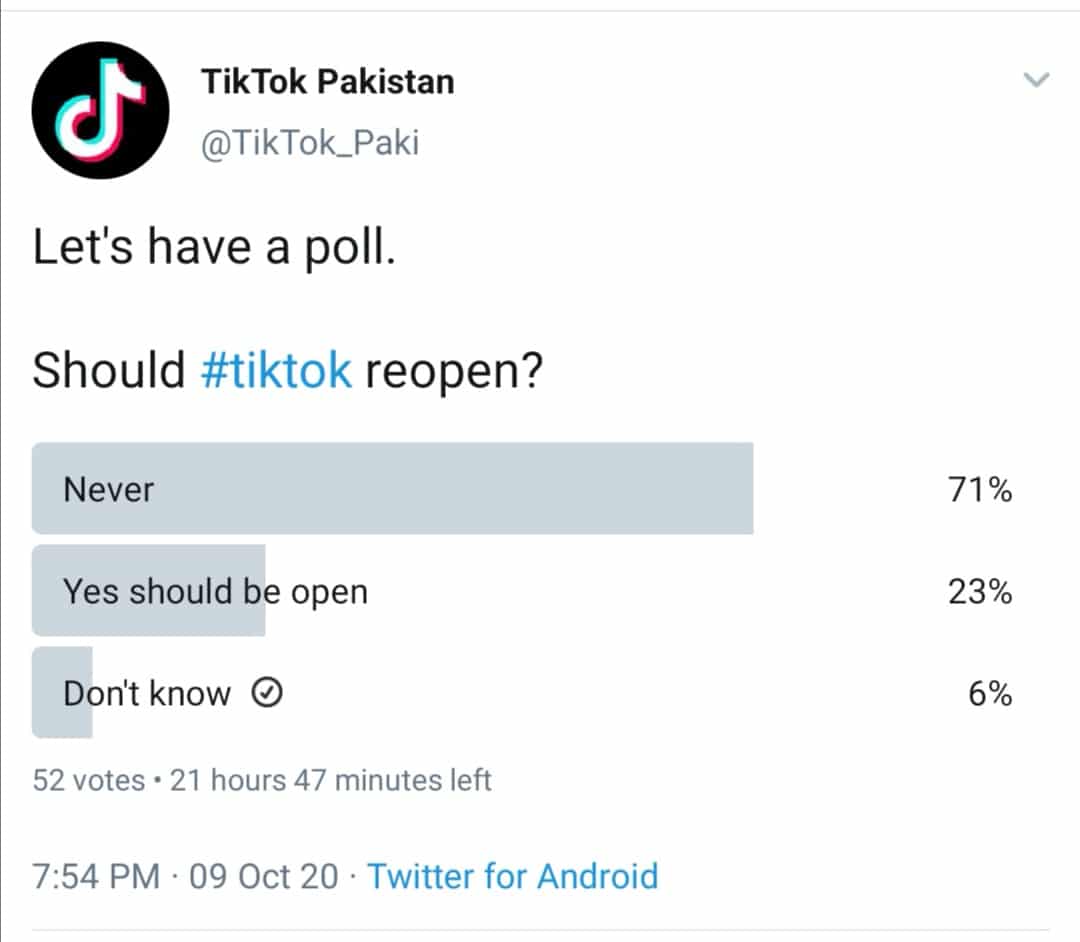 So this leaves the situation hanging in the air and now we shall wait the decision that PTA moves ahead with.