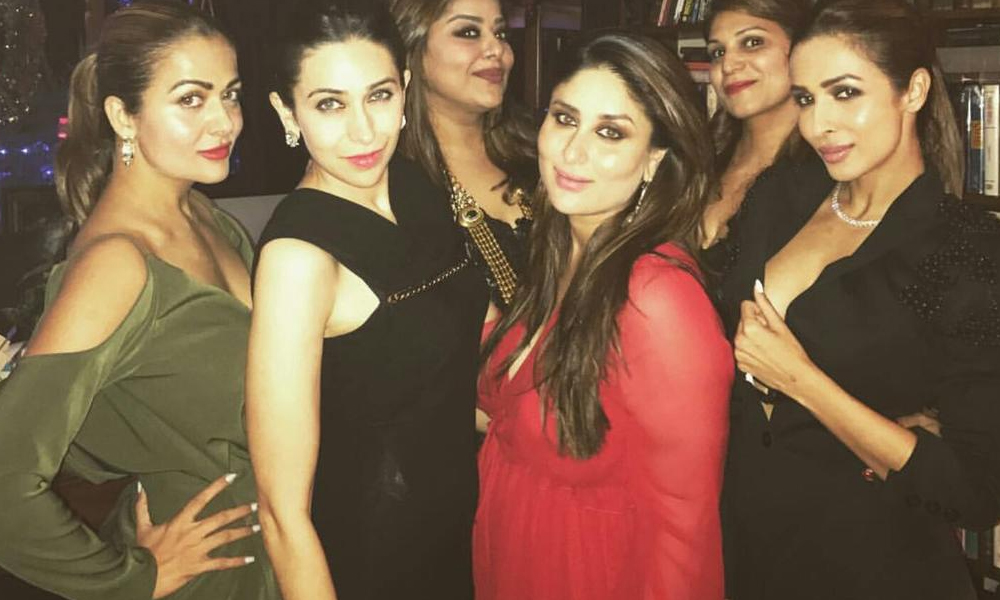 Its Christmas time everyone and like the rest of the world, Bollywood celebrities too decided to don their santa hats and celebrate the festival in style. The B-town gathered with their friends and families to celebrate the day with a bash. Some celebrities also wished their fans a Merry Christmas in their style.

The new mummy, Kareena Kapoor Khan rocked the day with her besties in a red dress along with her sister Karisma Kapoor, Malaika Arora Khan and Amrita Arora. Anil Kapoor celebrated his birthday with his daughter Sonam, son Harshvardhan, Arjun Kapoor.  Katrina Kaif also celebrated Christmas while holidaying in London.

Check out who did what this Christmas in Bollywood:

Photo – The yummy mummy Kareena brings in Christmas with her girl gang! pic.twitter.com/S5UIEIVeVV

Ranbir Kapoor spent the afternoon with the Kapoor clan at Shashi Kapoor’s residence.

Here are some stars wishing Christmas:

Wishes for the Season! Peace and love to all. pic.twitter.com/2iu3cIDfo3

Jacqueline Fernandez enjoyed and celebrated Christmas with her family as well as the underprivileged kids in Mumbai.

Akshay Kumar  decided to promote his upcoming movie while wishing the fans.

TV actress, Jennifer Winget celebrate the day at her residence.