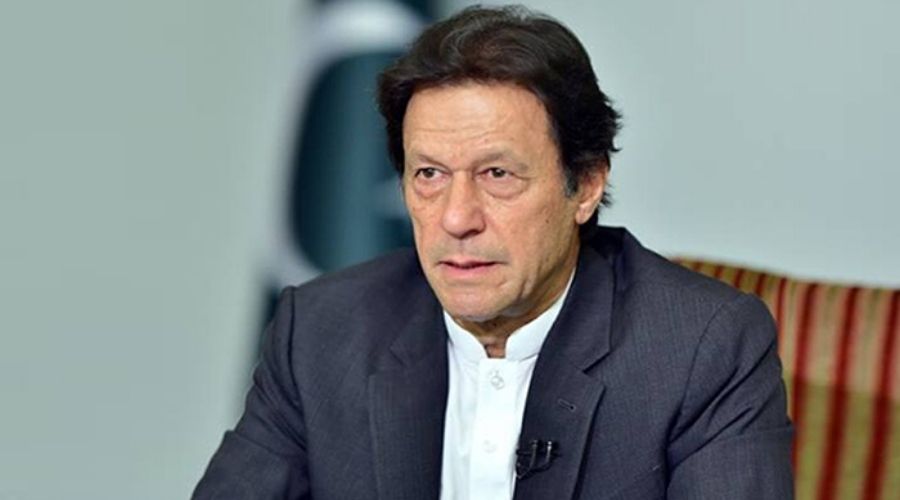 Prime Minister Imran Khan on Saturday announced launching of a web portal for the second phase of Ehsaas cash programme to help those who had lost their jobs due to lockdown caused by Covid-19 spread.

Imran Khan said he would personally monitor the government’s Covid 19 Relief Fund and assured the donors that their donations would be judiciously distributed in a transparent manner.

“There has been little transparency and trackability in the use of donor funds in the past. Pakistanis are the most giving nation. Their generosity is legendary. I want to give them the confidence that we will be fully transparent with the use of all donor funds we receive”, he said. “I have made the decision that my COVID 19 fund will be used to give emergency cash to labourers and others who have lost their livelihoods as a result of the Covid 19 crisis. I am opening a web-portal today so that we can begin receiving applications,” he added.

“Those who will qualify for assistance will get Emergency Cash of Rs12,000. I encourage all of you to donate. For each rupee donated by the donors, 4 rupees will be committed by the government,” the prime minister added. The web portal has been set up and applications are invited from those who fall in the categories mentioned in the drop menu of the application which can be accessed on https://ehsaaslabour.nadra.gov.pk/ehsaas/.

Under the Ehsaas programme, Imran said Rs83 billion had so far been distributed among 6.8 million families in the last three weeks. “In the second phase, those individuals would be supported who have lost jobs during the pandemic,” he added. “The entire world is trying to restart its economy. “The biggest issue is of livelihood, as the lockdown has massively impacted the economy and people,” he said.

“Even rich governments are reopening because they realize they cannot keep the country under lockdown for long. This is why we have decided to open up our construction industry,” he said. “Never in the history of this country have we given such huge incentives to the construction industry as we have done now,” he noted.

Later, Special Assistant on Poverty Alleviation and Social Protection Dr Sania Nishtar gave an overview of the support programme for the jobless. She said under the Ehsaas programme such individuals would be supported with cash.

Talking to the media after the opening of the portal, Dr Nishtar, said the principles and process that had been adopted for the Ehsaas Emergency Cash would be fully applied to the Prime Minister’s Covid 19 Funds. “For us it is critical to uphold transparency, rule-based controls, and the use of data analysis for the selection of beneficiaries. The system of identification will be fully apolitical and free from human interference,” she said.

“Payments will be made after biometric verification and the tehsil level data will be made public with regards to the number of beneficiaries and real-time bank disbursement and withdrawal details will be made public” she added. The registered people would be scrutinised and only qualified individuals would get the cash support, Imran said. “The distribution will be made on merit and there will be no political interference. All deserving will get the support on merit irrespective of their political affiliations,” he added.

Minister for Industries Hammad Azhar said the government had taken concrete measures to provide relief to small businesses affected by the coronavirus, owing to the lockdown. The prime minister also thanked everyone who had donated to the Corona Relief Fund, saying he himself was monitoring the Fund and its resources. “I want to thank all those who have donated to the Fund. All the money will be audited and everything will be told to the nation,” the prime minister said.

Prime Minister urged the people to seek help from students as he is aware that a number of people did not know how to proceed with the web-based process and even Tiger Force can help in the process.