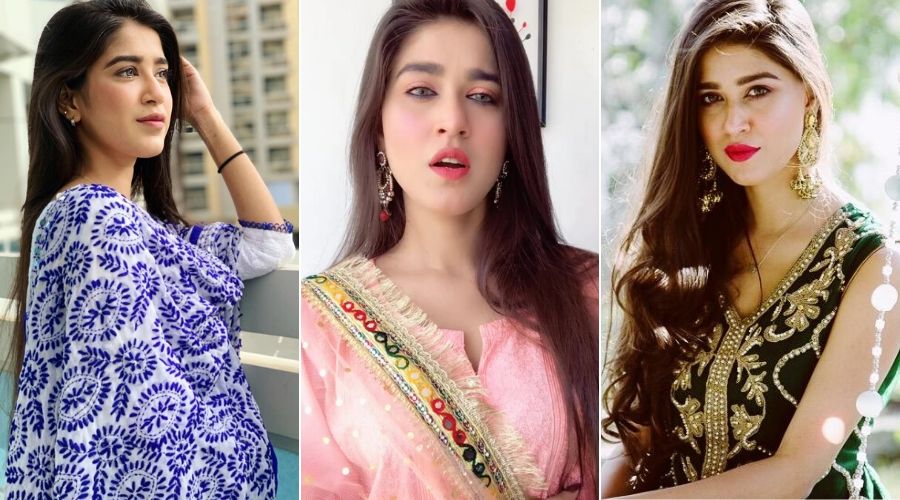 Gaining an incredible following on TikTok is the millennial, Pinky Francis, having a giant following of 2.8 Million. Pinky also garnered an immense following of 327,000 on Instagram. Francis gained popularity on TikTok for her impeccable parody videos. While her fashion sense has made her a fashionista on instagram that always has something new in store from a wardrobe consisting of eastern looks to stylish western attires.

Her collaborations with many famous TikTokers like Mujtaba Lakhani have made a buzz across TikTok serving as a treat for her fans. Francis also models and supports many of the leading brands in Dubai and Pakistan.

She has also won the award for her achievements all across social media.

She primarily famous for comedy video clips and performs lip-syncs on TikTok.

So below we have listed for you her top 10 videos on TikTok that you can enjoy:

A collaboration amongst many famous TikTokers, is the video which has generated 1.5 million views. The video features top TikTokers like Mujtaba Lakhani, Naveed Khan and Wajid Ali Rajpoot, all who have massive following on their profiles.

Garnering 2.1 million views is the video which features Pinky “as a wife” where she calls up her husband to bring her gifts as he plans a trip abroad and when the husband doesn’t reciprocate to her demands as Pinky would have hoped, she snaps.

Reminiscing the excitement a girl gets when a marriage proposal comes for her, is this quirky video which has gained over 1 million views on TikTok. Pinky in this video is seen sporting a vibrant yellow tee that just compliments her style.

Again playing the role of a wife, Pinky decides to play Hide and seek with her imaginative husband featuring a hilarious voice over. It is decided if she wins, they will go on shopping. The video gain 1.3 million views.

Delivering a video filled with quirky expressions and mesmerizing performance is the lip sync on the famed song “Ik Tera Suit”. Pinky is seen wearing an off the shoulder maroon top coupled with a glam but fresh makeup look. The video generated 1.2 million views.

Sporting the same look as the video above, Pinky again wins millions of hearts with her expressions in the lip sync video to a song that is in Punjabi. The video is captioned “Proud Punjabi”, a sentiment which shows clearly in Pinky’s expressions throughout the video.

Yet again featuring TikToker Mujtaba Lakhani comes a video where both Pinky and Mujtaba dress in exactly the same outfit which is a black Shalwar Kurta and walk to the camera “Gangster Style. The video gained 2.6 million views.

Gaining more than 4 Million views is the hilarious video where Pinky acts as a dumb student who on after being questioned by the teacher, not only answers wrong but insults the teacher on asking such stupid questions.

A Regular on her chaneel, Mujtaba Lakhani makes another appearance in the video which has gained a massive 6 million views. The video is a funny banter between two friends on what to eat when ordering takeout.

Pinky Francis is definitely a TikToker who is bringing out content that is loved by everyone and should definitely be checked out.