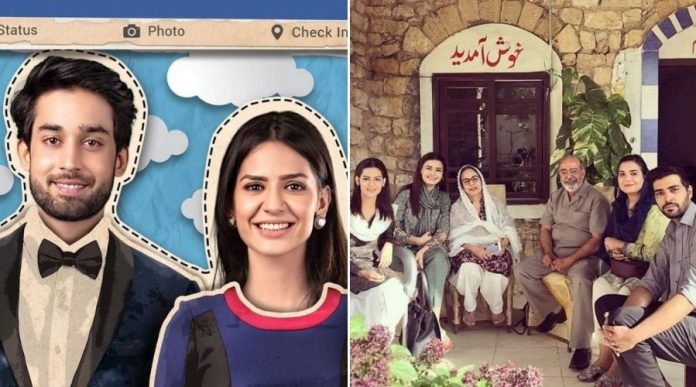 Finally the wait of millions around the world comes to an end after Zee5 releases the much awaited trailer of the Mehreen Jabbar directorial web series, “Ek Jhooti Love Story” has released and the series is set to stream on 30th October.

The drama will also star in leading role Bilal Abbas and Madiha Imam, the front runner of the Pakistani Television Industry as of now. Both the actors will be seen working together for the first time.

Ek Jhooti Love Story is directed by by Mehreen Jabbar whereas, Umera Ahmed penned down the plot for this series.

The story of the series from the trailer is of a middle class young boy, Sohail (Bilal Abbas) and girl, Salma(Madiha Imam) both who dream of an idealistic life partner and in search of that create a fake Facebook profile. Sparks fly when both fake identities propose for marriage over social media to each other but much is to unravel when the truth will burst open.

‘Ek Jhooti Love Story’ – The web series was shot in Karachi. Mehreen shared that she “loved the entire cast and crew. Think I had one of the best ensemble casts”.

According to Mehreen Jabbar Aik Jhooti Love story will be social comedy series. The story will revolve around love triangle.

“I’ll be playing the role of a typical Karachi boy with his usual dreams and aspirations. Just the normalcy of it is fun to explore as an actor and of course a new learning experience for me,” Bilal Abbas on his role in Aik Jhooti Love Story.

Aik Jhooti Love Story is the second Pakistani series to live stream on Zee5 after the much acclaimed “Churails”.