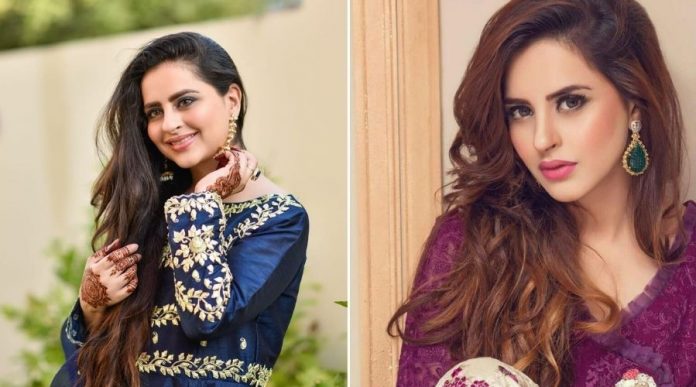 The shooting for the drama serial is going on these days and the actress posted the look for the drama on her social media accounts, saying: “Another day at work ❤️
#maiagarchuphoon”

No more details about the drama serial have been released but the drama will be airing on GEO Entertainment this year.

From the title, the drama serial seems to be centered on family drama with a strong female lead who will have to cross many hurdles and obstacles in life to achieve what she really wants.

Fatima Effendi is a successful Pakistani actress and model, and she started in the industry quite early as she was cast as a child actor in her early years. She started a career in acting as she was inspired by her mother, Fouzia Mustaq, who is also an actor.