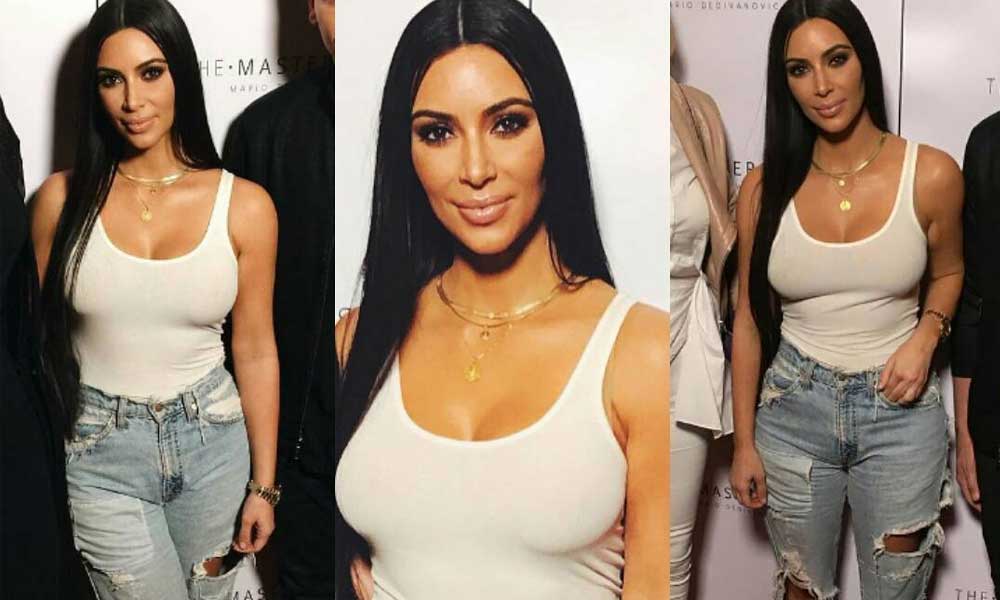 She may have taken a short sabbatical from the mainstream media but Kim Kardashian is back with a vengeance and it all happened in Dubai. Yes, for those of who don’t know, Kim Kardashian landed in Dubai to conduct a rescheduled make-up class with her makeup artist, Mario Dedivanovic. This extravagant trip of KUWTK Stars is one of her first public appearance after the horrific robbery in Paris.

The reality TV queen, Kim Kardashian stunned in a low-key white casual tee and ripped jeans for the masterclass that was held at The Music Hall, Zabeel Saray on Palm Jumeirah on January 13 after which the star took a lot of photos with the attendees.  The 36-year-old fashion icon was due to conduct the beauty class on October 14, 2016, but had to cancel after she was tied up, gagged and robbed at gunpoint in Paris.

Kim, along with her makeup artist pal Mario Dedivanovic, will share her most coveted insights on makeup, skincare and beauty.

Done with her makeup class, Kim turned for some shopping therapy at Mall of Emirates where she paid a visit to the Givenchy store sending the crowd into a media frenzy. She was accompanied by fellow ‘Keeping Up With The Kardashians’ star Scott Disick. The duo had a lavish dinner a night before at Atlantis.