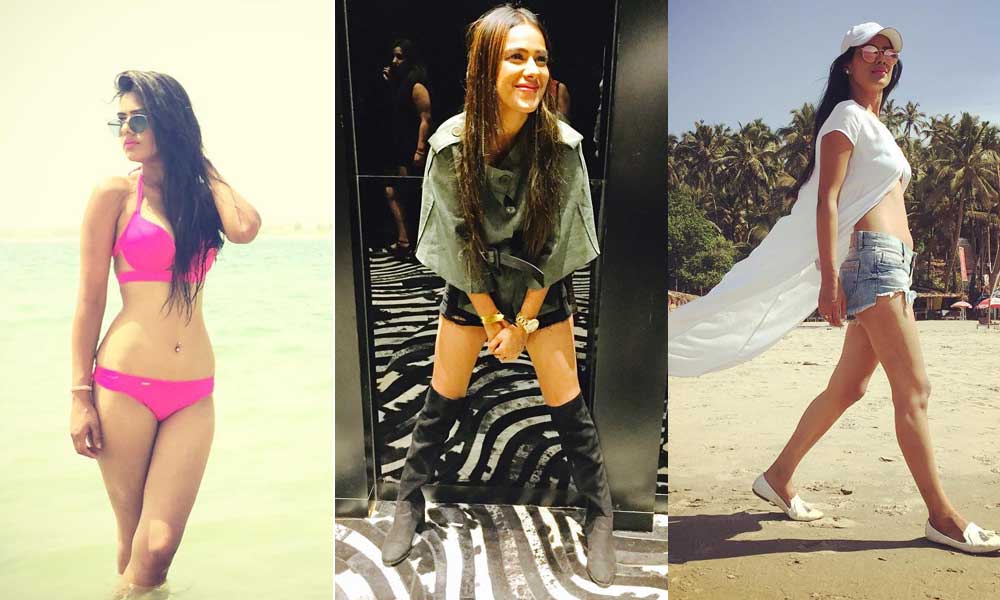 Nia Sharma – the small screen actress who left Bollywood divas like Katrina Kaif, Anushka Sharma behind in the race of the sexiest woman has taken over the internet with her bold pictures. She rose to fame after her role in the soap opera Ek Hazaaron Mein Meri Behna Hai for her role as Maanvi.

Lately, we have come across the new avatar of Nia that’s super hot and Sexy. Of course, we can’t forget her as the fun loving girl with long black hair and cute smile. The young at heart soul, Nia Sharma was born on September 17th, 1991, Yes!! she is JUST 25 years old. The sexy starlet has achieved much more at this age.

Did you know?  Her original name is Neha Sharma and hails from Delhi. She did her graduation in Mass Communication and Journalism from the well renowned Jagan Institute of Management Studies (JIMS) Rohini. The 5 Feet 5 inches actress currently resides in Delhi with her mother, Usha Sharma. She has one brother named Vinay Sharma who works for an MNC in Delhi. The gorgeous actress has always made people fall in love with her style, appearance, and her beauty.

Initially, Nia started her career as a TV actress in the Drama Kaali that aired on Star Plus. Later on, she was seen in another Star Plus’ show Behnein in the role of Nisha, the daughter of Jay (Akshay Anand). Most of you will be able to recall Nia from the hit drama serial “Aik Hazaron Mein Meri Behna Hai” where she played the role of Maanvi. She was the first Indian TV actress to go bald for her onscreen role of a cancer patient as Maanvi.

Her Instagrams stories are filled with spending time with friends be it in a restaurant, new city or a beach. Either it’s about wearing a desi dress, a pair of jeans, bikini or anything, Nia knows how to carry herself. She is one true fashionista who knows how to flaunt her sexy curves with anything she wears. Apart from the choice of dresses, her shoes, love for makeup and accessories are something that would make every girl envy her.

2. Nia Sharma had completed her graduation in Mass Communication & Journalism.

4. Nia started her career as a TV actress in the Drama Kaali that aired on Star Plus.

5.  Her Killer figure is a result of constant workouts and exercise.

6. She has been offered a lot of new roles and might make her Bollywood debut soon!

8. Nia Sharma is a fab dancer too!