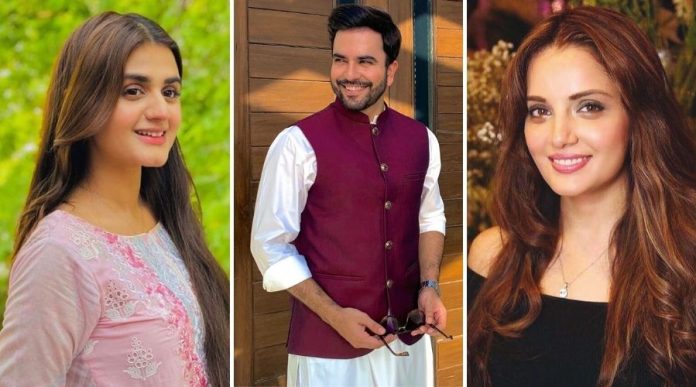 The wait of the audiences has now come to an end as the trailer of the much hyped drama serial, Mohabbatain Chahatain, starring Armeena Rana Khan, Junaid Khan and Hira Mani is finally out and released on all social media platforms.

Armeena Khan, the Canadian Pakistani actress, who made millions her fans in Pakistan, is finally coming back to Television screens with her latest project after taking a long hiatus from the industry.

The actress recently revealed that her long break from the screen was not without a reason as Armeena said that she did not receive any good script and the only ones that came her way were the old, stereotypical and regressive stories, which she did not want to do anymore.

“Mohabatain Chahatain” will mark as the fourth project of Hira Mani and Junaid Khan together after appearing together in the hit series Kashf, Mohabbat Na Kariyo, Sun Yaara and Thays. The drama will be airing soon on HUM TV.