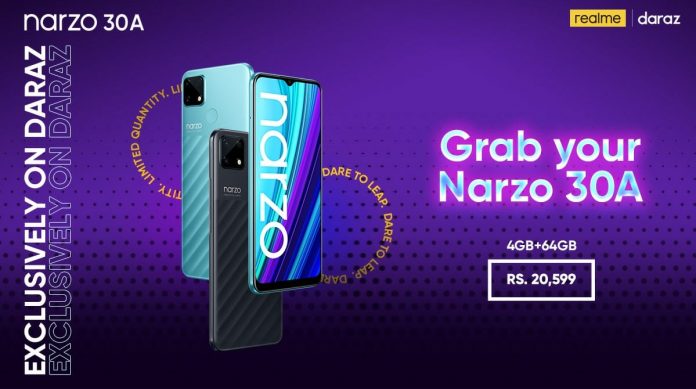 The fastest-growing smartphone brand, realme has launched the new gaming phone Narzo 30A finally in Pakistan. realme keeps bringing trendy and youth-friendly devices for its customers to enhance the young look. realme has finally launched its best gaming phone for mobile gamers. Equipped with a MediaTek Helio G85 processor and 6000mAh Mega battery, the realme Narzo 30A is the best gaming phone at only PKR 20,599. The launch was held on realme’s Official Facebook page on March 21, 2020, at 12.00 pm. The phone is exclusively available on Daraz.pk only and has a limited stock online. A lucky winner from the viewers of the live event was announced on realme’s social media and won a brand new Narzo 30A. 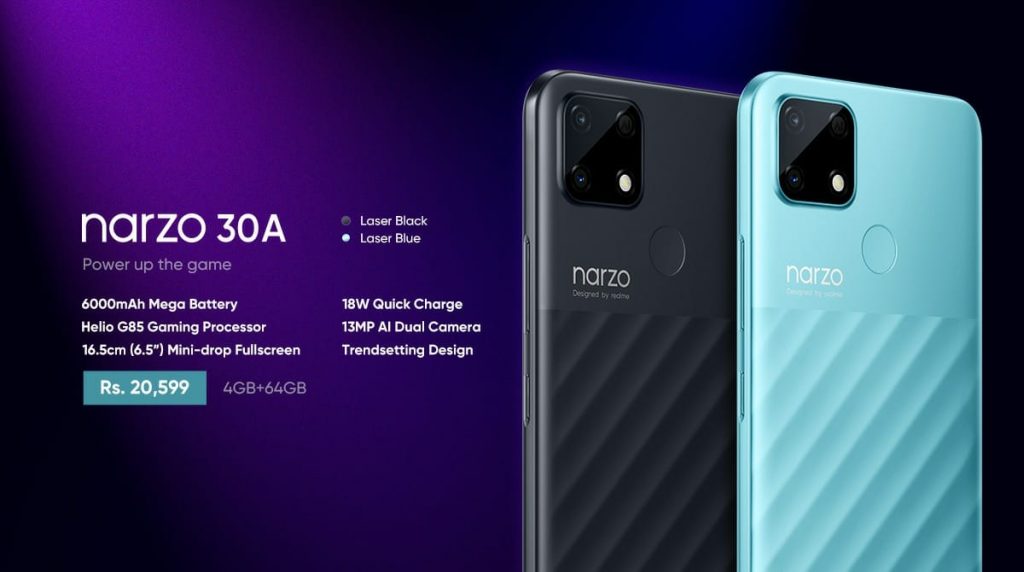 Narzo series is globally known as realme’s “performance series”. Three models for the Narzo series had already launched globally, including realme Narzo, Narzo 20, and Narzo 20 pro. The latest successor from the series, Narzo 30A is the first Narzo phone to land in Pakistan. Narzo 30A features MediaTek Helio G85 processor with a 12nm Octa-core 64bits Processor and 200000+ Antutu Benchmark, a 6000mAh Mega battery, and 6GB RAM + 64GB Storage capacity. It Supports Reverse Charging, has a 16.5cm Display and other amazing features to support a smooth gameplay.

Narzo 30A with the powerful MediaTek Helio G85 has finally launched as a treat for mobile gamers. The phone is exclusively available on Daraz.pk with a limited stock online. So what are you waiting for? Get your wallets out and grab this chance to buy this best gaming phone at only PKR 20,599 before it is sold out!