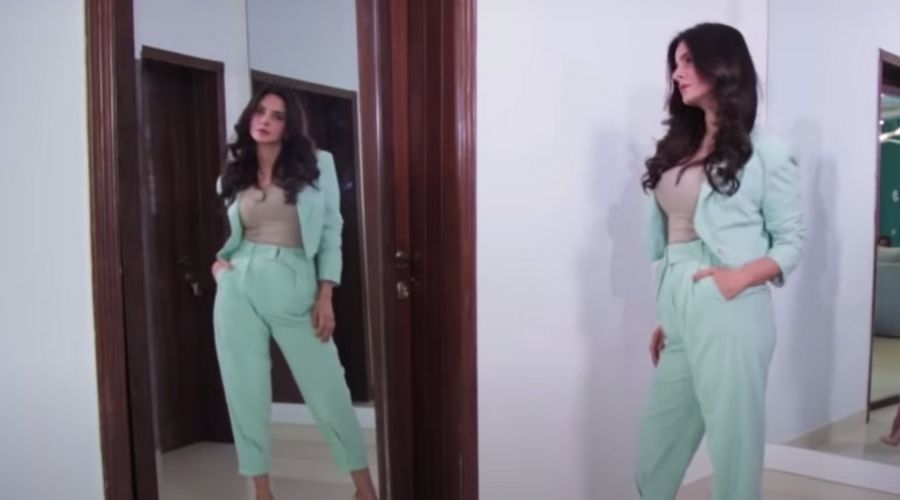 If there is one actor who is truly the Diva of the Pakistani Entertainment Industry, someone who is not afraid of making bold choices and playing characters that the society deems as taboo or have just shunned, someone whose screen presence and performance is mesmerizing, it is Saba Qamar.

The veteran actor who has been part of the industry for more than a decade and has managed to keep her spot of one of the most versatile and bankable actress in the country. Now the superstar has launched her YouTube Channel which seems to have been in the work for some time as she released her first video titled “Episode 01 – Isolation by Saba Qamar”.

The episode is deeply moving as it moves fluidly showing a much more social life with many laughs and memories, turning into a life with no one but oneself all alone amidst lockdown due to coronavirus spread.

The production value behind the video is even better then what can be seen on TV today which is directed by Sheraz Malik, and furthermore impactful with a voiceover of Saba Qamar herself of her own poetry. She reminisces how the fear of this pandemic has made people scared of each other, of how we did not have time to call loved ones or even have a meaningful conversation with our own selves because we were too busy chasing our worldly goals.

She is happy that she has found a friend in herself but is terrified that it will leave too soon enough like all others. She questions that where are all those men with their big words and wealth in this chaos now.

The video ends with the message “It is human to find greater meaning in times of chaos, but more often than not, it is the truth” with Saba Qamar gasping for air as she releases herself from the drowning or suffocating realities of the times we live in today literally by holding her breath underwater.

The message that Qamar wants to get out there is simply that we should not forget what is happening now and when this is all over, be more responsible, and be more human. Saba Qamar gives an amazing performance throughout the video which is way better then what most top YouTubers bring us.

Published a day ago, the video has generated for the channel already 4.14 K subscribers and the number is likely to grow. Qamar was last seen in Drama “Cheekh” and gained much appreciation for her stellar performance. Qamar has also done hit series like “Maat”, “Baaghi”, “Daastan” and many more. In 2017, Qamar starred in the hit “English Medium” alongside Superstar, Irfan Khan and gained many accolades.

We hope that in the coming days, our isolation days are also eased with Saba Qamar’s quality content on her channel.