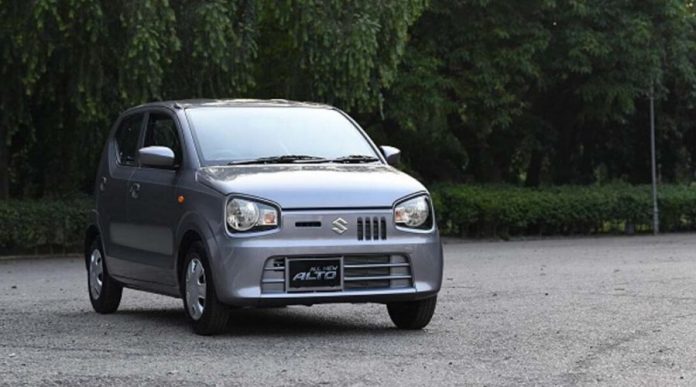 Karachi: To settle accounts with gradually diminishing revenue, Pak Suzuki Motor Company has announced to further increase the prices of base model Alto VX 660cc by up to Rs63,000.

The company also announced that the new prices will be imposed to the public, starting from July 7, 2020. Also, the authorized Suzuki dealers were also informed by the notification that the customers, who have booked the car before the announcement of increasing price, shall not be obliged to pay the new price of the car.

Such announcement was revealed the day after Pak Suzuki hiked the prices of motorcycles almost up to Rs 30,000; this new price will be implemented from July 1, 2020 to the Pakistani public. Moreover, other automakers including Toyota, Regal Motors, Yamaha, Honda, and of course Suzuki themselves, have decided to increase their product prices after the release of 2020 budget.

This price jump for Suzuki Alto VX up to Rs. 1,198,000 is a massive price tag for a 660cc mini-hatchback car in Pakistan. Plus, it is worth mentioning that the price does not include tax, which means that the final price of the car could go up to Rs 1,200,000.

Upon release back in 2019, the Alto VX was valued at Rs. 1,101,000, which was then hiked by Rs. 50,000. Although the price of the latter had also been increased, it still remains less than the Alto VX by the same margin. Considering that with the equipment list on the Pearl, competition for Suzuki is likely to get slightly tough.

Moreover, it seems that the customers who are looking for budget car will just have to bear this price boom by these local, since they are hiking the prices despite the fact that US dollar is decreasing. Maybe the Auto industry is really facing the worst year for business in Pakistan.