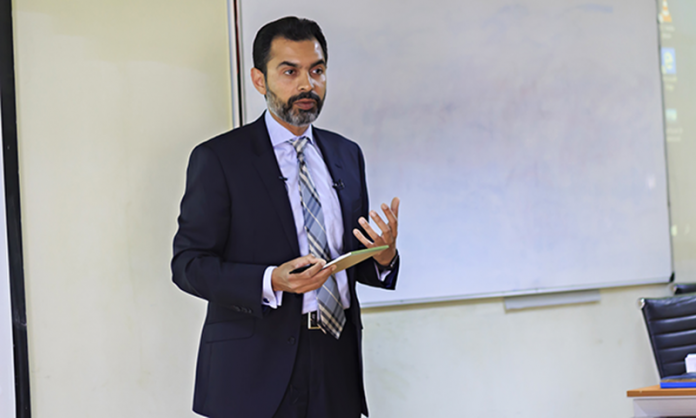 Pakistan’s economy has been under the spotlight due to myriad reasons. Ever since the government led by Imran Khan took charge, a lot of changes were made at key positions. One such individual to join on the key position as the Governor of State Bank of Pakistan was Mr. Reza Baqir.

His time has been a challenging one, to say the least. He inherited plenty of problems—however, none graver than the COVID-19 pandemic. In a recent interview with Marco Hive, the IMF veteran spoke about how Pakistan needs to move forward, the state of the economy, and much more.

According to Mr. Baqir, there were multiple issues, including an overvalued exchange rate, a historically low savings rate, and a State Bank with insufficient reserve holdings and twin deficits. To face this challenge, leadership at the top had to recognize the magnitude of the issue. With the blessing of Prime Minister Imran Khan, a reform package supported by the IMF came about.

This was a tricky phase as the rupee was depreciating. The governor used the phrase “swimming against the tide.” Hence, the Central Bank’s management worked hard to push forward a unified message. While the rupee value depreciated, the Bank communicated with corporate banks and supported them through this period. Nonetheless, the governor assured that the State Bank would still be able to play a role if there are any disorderly market movements in terms of exchange rates.

Given that a policy decision was made to move towards a market-based exchange rate, the obvious challenge was inflation expectations. According to Mr Baqir, the range of market predictions was somewhere the State Bank had expected. This was possible because of the detailed discussions held with the leading market analyst. The wider business community got clarity regarding the Central Bank’s policy decision.

The biggest concern of them all has been how Pakistan will recover from COVID Crisis on a financial level. Again, the decisions made during a difficult reform have helped the country’s economy, showing in the improving macroeconomic indicators. However, being an EM country, with high public debt and low foreign reserves, things could turn quickly.

To combat the COVID crisis, changes have been made to the Monetary Policy. Interest rates have been dropped by 625bps, which is significant. A one-year extension in principle payments of borrowers to the bank was introduced. The period in which the bank’s clients could restructure loans had been doubled to 180 days. Another step was to introduce concessional credit facilities for payroll financing, targeting job savings, etc.

With these steps, the economy has shown some positive signs, which has led Mr. Baqir to say that the worst in terms of financial turmoil is behind us. If the current improvement in the health crisis continues, it will also positively reflect our economic situation in short to medium term.

However, to sustain this improvement in the long term, a few things need to happen as per the Governor’s advice. We need to increase our exports. Moreover, credit should be redistributed from large players to SMEs, women, and underprivileged sectors. Plus, a culture of saving has to be promoted.

Given the pressure on the government and the prediction of doom, the Governor’s interview gives us cautious optimism. Time will tell if these measures have a long term and lasting impact. For now, we have some hope.