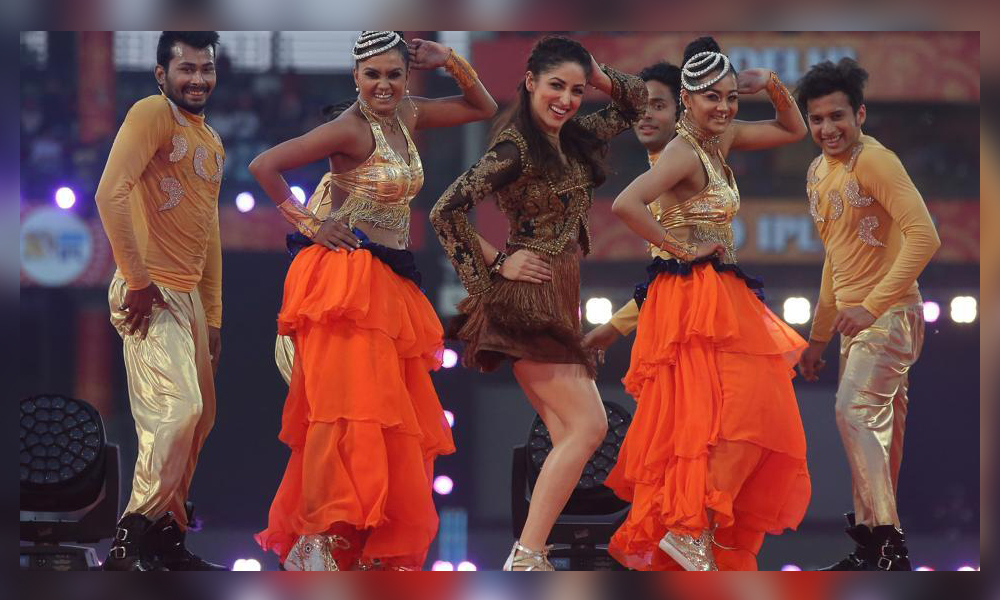 The “Eighth and Final Opening Ceremony Of  IPL 2017”  took place at Ferozshah Kotla Stadium. The ceremony ahead of the Delhi Daredevils-Kings XI Punjab match, however, started with Punjabi singer Raftaar. He performed his hit songs including ‘Dhakkad’

Then came the performance of the Bollywood’s bubbly actress Yami Gautam. She rocked the stage with her first live performance at the opening ceremony.

YOU CAN WATCH HER FULL PERFORMANCE ON THE LINK HERE: