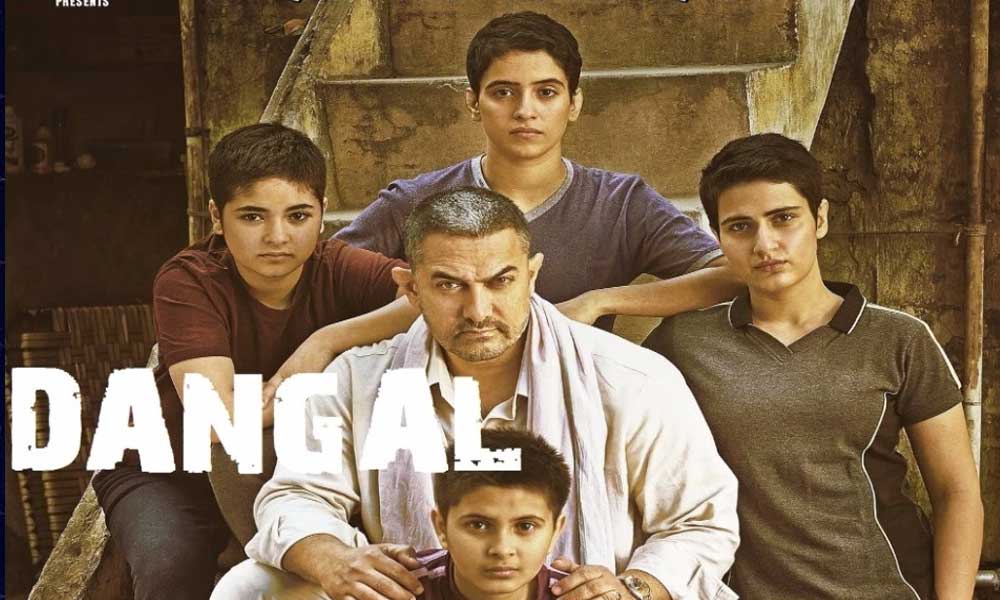 Aamir Khan’s most awaited release of 2016 – Dangal is finally here and there aren’t enough words to praise this masterpiece. A directorial venture of Nitesh Tiwari and Piyush Gupta the movie takes viewers on a roller coaster ride of emotions as the story of father-daughter relationship unfolds. The movie, inspired by the real story of Geeta and Babita Phogat captures the tremendous journey and their historic win.

The movie begins when Mahavir Singh Phogat (Aamir), a wrestler from Haryana trains his daughters Geeta (Fatima) and Babita (Sanya) to make wrestling history, thus breaking the taboo of Indian women participating in a sport dominated by men.

The brilliant tongue in cheek dialogues, father-daughter scenes, and earthly music keeps the audience hooked till the end. Bollywood critics are going gaga over the movie calling Dangal the best movies of 2016 and naming it Aamir Khan’s best performance till date. Not just critics, but even Bollywood celebrities can’t stop praising the movie.

Check out what they have to say about Dangal.

What a film #dangal is !!! Such an important event for the women & sports in our country @aamir_khan inspires us again, spellbound & in awe.

So it's confirmed by my friends who watched #Dangal today that it will be a biggest ever hit film in the history of Bollywood.

#Dangal is a rousing spectacle w beautifully wrought emotions. It's moving & empowering! Walked out feeling I can also wrestle w anything!