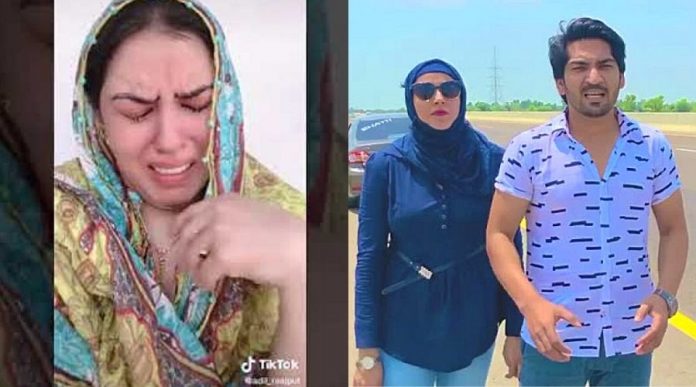 There are many beloved TikTok stars in Pakistan who people love and adore and one of them, Adil Rajput, has left us as reports confirm that the star died in a car crash today.
Wife of the young star posted a video on TikTok confirming the sad news as fans all over Pakistan mourn the loss of a beloved TikToker.

The TikToker received massive fame in Pakistan with over 2.5 million followers on TikTok.
Fans are shocked and sad at this recent development and have shared their feelings and condolences on Twitter.

Tiktoker #AdilRajput famous for their Couple videos died Today in a Car Accident as confirmed by her Wife,
Allah Manghfirat Farmae … (Ameen) pic.twitter.com/u7q7ngiivC

Tiktoker adil rajput died in a car accident. May his soul rest in peace. #adilrajput pic.twitter.com/XZh5hucpf4

A fan shared one of Adil Rajput’s video where the star confirmed to receiving death threats and now fans are skeptical.

He was receiving death threats since last few weeks. Now, he is killed in a planned road accident. What the hell happening in this country.
No one controlling mafias#AdilRajput pic.twitter.com/CbA2euQbxH

#AdilRajput was recieving multiple death threats and now he died in a traffic accident. There might be a connection between his accident and death threats.

Fans mourn the loss today with a heavy heart.

Not many details about the incident have been revealed about the accident as the fans continue to wait for further news.

Recently fans also had to witness the shocking news of sudden death of the famed TikTok Star Daniyal Khan who died in a road accident in Islamabad.

TikTok has also been under tremendous fire in Pakistan after Pakistan Telecom Authority asked TikTok subsequently to regulate and block vulgar content.