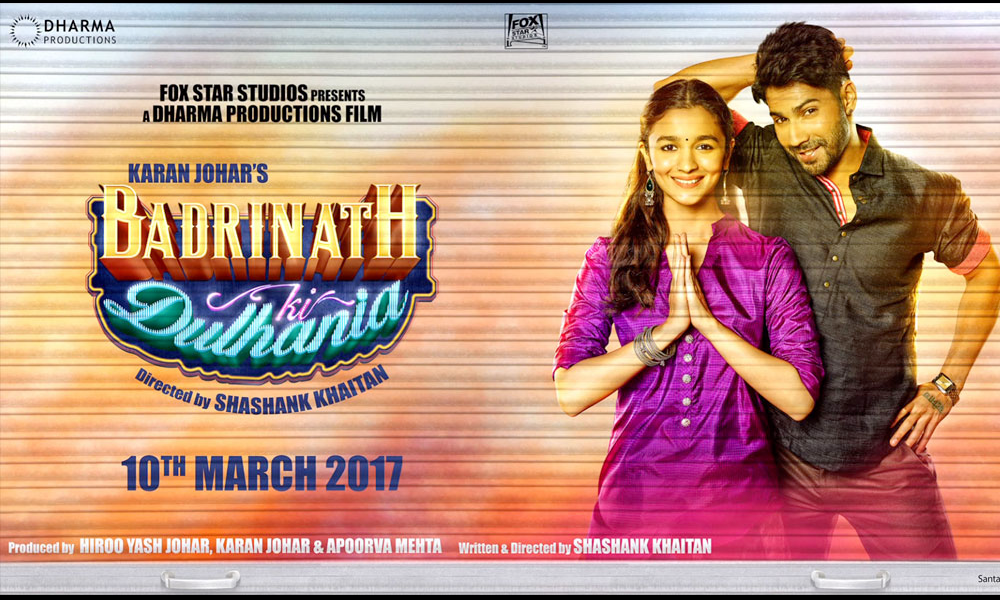 Alia Bhatt and Varun Dhawan — the two over-rated (okay now, Alia is working on it) Bollywood kids finally have a movie that looks like a genuine Bollywood masala.

The trailer of Badrinath ki Dulhania is out and although we weren’t really looking forward to the movie — the trailer does look entertaining. Before we say anything else, watch the trailer here:

Starring Varun Dhawan as Badrinath Bansal & Alia Bhatt as Vaidehi Trivedi, the film is more than just your boy meets girl love story. It’s the coming together of raw & refined with a touch of desi-pan and a hatke definition of Pyaar!

Varun Dhawan – for a change, has paid more attention to his dialect and body language than ripping off his shirt. Alia Bhatt is back in her ‘2 states ‘inspired local girl avatar and looks pretty cute.

The dialogues and the quirky chemistry between the two looks amusing but it’s the remix version of a hit 70s tracks like Tamma Tamma Logey that’s the catch.

Directed by Shashank Khaitan, the film is slated to hit the screens on March 10. We sincerely hope this one does netter than their previous dud love story – Humpty Sharma Ki Dulhania.