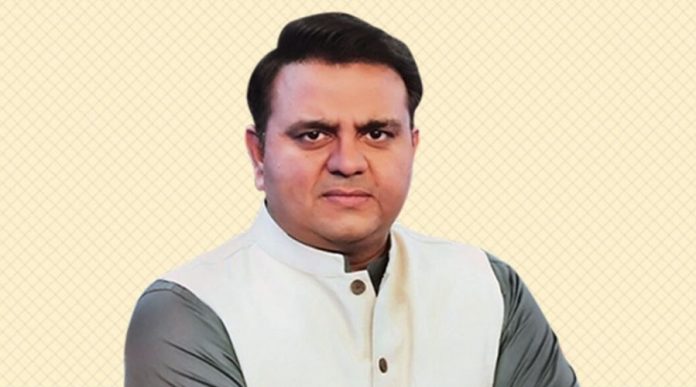 Fawad Chaudhry on Monday announced that Pakistan would celebrate Eid-ul-Adha on July 31.

“As per calender of @MinistryofST Eid-Al-Adha shall be celebrated on Fiday,31st July 2020. On 21st July Ze-Al-Haj moon shall be visible over Karachi and it’s peripheral areas, “Ruet”App may also be used to ascertain exact location of the moon. #Eid,” Fawad Chaudhry said in a tweet.

As per calender of @MinistryofST Eid-Al-Adha shall be celebrated on Fiday,31st July 2020. On 21st July ZeAlHaj moon shall be visible over Karachi and it’s peripheral areas, “Ruet”App may also be used to ascertain exact location of the moon. #Eid

In order to avoid the predicament that had formed on Eid-ul-Fitr, An observatory would be established in Islamabad before the next Eid, Chaudhry said at a press conference in the federal capital.

“Given the debate we observed over moon [sighting] this year, we intend to set up a moon observatory in Islamabad next year and we’re also trying to set one up in Gwadar too,” the federal minister explained.

The issue of moon-sighting will be permanently resolved after the moon observatories are established, he had said. “A common person will be able to go and see the moon and decide for themselves”.

“If the provinces wish then together we can build observatories that would help see the moon,” the minister said.

He also said that the ‘Ruet’ App may also be used to ascertain the exact location of the moon. The app that was developed by the government dedicated to moon-sighting that show main Islamic dates and months for the next five years based on scientific evidence.

Rightly so, the Eid took place on the Minister’s predicted date.