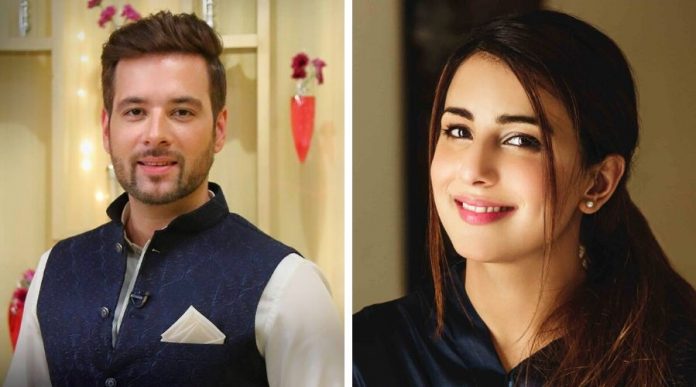 This Eid-ul-Adha will mark a unique occasion as this will be the first that the Muslim world will celebrate under extensive lockdown and quarantine due to the widespread pandemic. And this is the reason that many projects especially made for TV are being announced. And one of the most exciting project stars mega stars Mikaal Zukfiqar and Ushna Shah.

The telefilm that is titled “Lucky Kabootar” will be aired on Eid-ul-Adha on HUM TV.
The project is directed by Ali Hasan and stars Sana Fakhar, Ayaz Samoo, Zainab Shabbir and Sohail Sameer in supporting role.

The telefim is set to lift moods with its colorful premise. The BTS of the much awaited Telefilm were released on HUM TV’s official social media account.

Shah was previously seen on ARY Digital in drama serial “Bewafa” where she plays the role of the antagonist. Shah has worked in some big projects like “Punjab Nahi Jaungi”, “Bashar Momin”, “Alif Allah aur Insaan” and many more where she has played pivotal roles.

Currently Shah is working alongside Ahsan Khan and Hina Altaf. The story is based on a love triangle and is one to definitely hook us as the trailer looks very interesting.

Mikaal Zulfiqar recently gave a stellar performance in the mega hit “Ruswai” as a flawed hero. In 2015, he won the Best Actor (Popular) Award at Hum TV Awards due to his performance in television series Mohabat Subh Ka Sitara Hai.