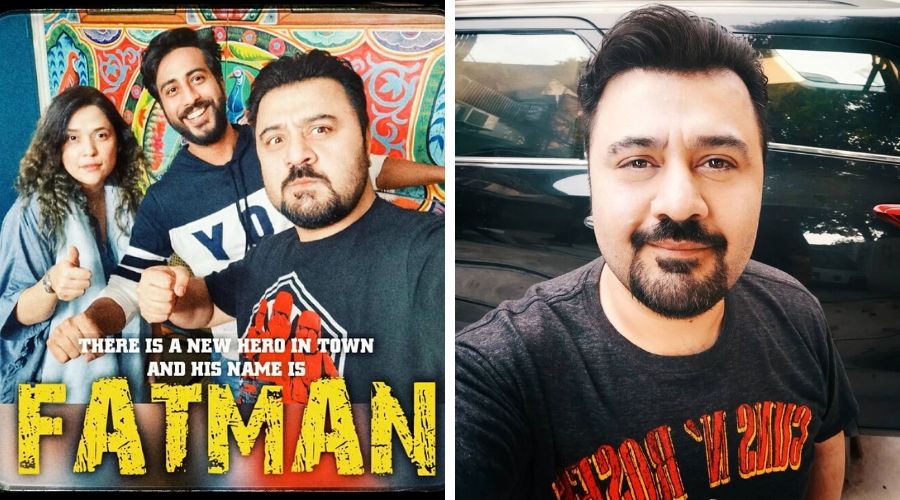 With many social issues being addressed in today’s films and dramas in Pakistan, Filmmaker duo, Nabeel Qureshi and Fizza Ali Meerza will be tackling body shaming in their latest film “Fatman”.
Ahmed Ali Butt is set to play the role of the main protagonist in the movie as revealed by the filmmakers in late 2019, Ahmed Ali Butt also took to Instagram to break this news to his fans:

The story of the film revolves around a man who is overweight and that is considered to be his greatest flaw as the society continues to harshly judge him and have unjust biases against the man only because of his body. Fatman would present the journey of an obese man, his family relations, emotions and his ultimately becoming a superhero with superhuman powers. ‘’This film could change the perspective of people towards superheroes,” said the actor.

“Fatman is a thrilling action comedy-drama that will revolve around an ordinary person who accidentally turns into a superhero.” said Nabeel Qureshi and Fizza Ali Meerza about their latest production. The winner filmmaker duo also made an important announcement regarding the film in late November of last year, saying: “We are happy to announce that we will be releasing two films, Quaid-e-Azam Zindabad and Fatman in 2020,” the two revealed via a joint press statement. “We have been painstakingly working on these scripts for the past year and believe that these films will be individualistic and special to Pakistani cinema. Due to the ban on Indian films, we believe that it is more important than ever to support Pakistani cinema thus we have chosen to make two films. Our aim is to continue releasing quality content which pushes the boundaries and meets the audience’s expectations.”

The duo has had a great streak of films that have entertained the Pakistani audiences across the world. Box office hits like “Load Wedding”, “Actor-In-Law” are only some of the movies that they have made together. In the cast only Ahmed Ali Butt has been announced yet, more details will be revealed later in the year.

The scheduled date of release has not yet been revealed and with current lockdowns across the country, no new updates have been announced regarding the schedule of the movie by the filmmakers.