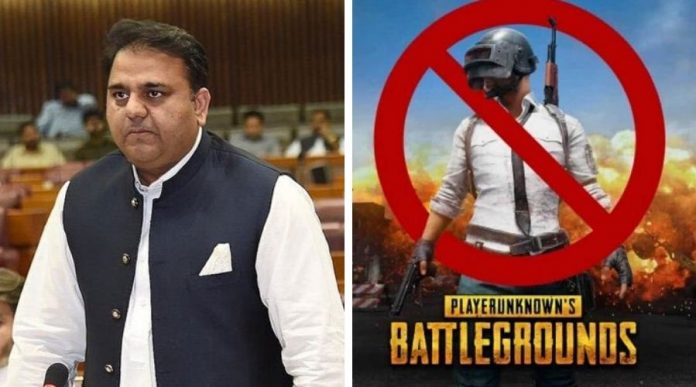 The recent ban by PTA of the infamous game PUBG has been opposed by Federal Minister for Science and Technology, Fawad Chaudhry, insisting that such behavior will be the ruin of the technology industry.

Well I against all kinds of general bans, such attitude is killing tech industry we cannot afford such bans, I hope concerned minister @SyedAminulHaque ll take note of this ban and PTA ll be instructed not to encourage such bans as it hinders tech growth in the long run https://t.co/GiEcFpbzDN

Fawad Chaudhry also addressed IT Minister Syed Amin-ul-Haq urging him to take notice of the matter and direct Pakistan Telecommunication Authority (PTA) to refrain from imposing such bans.

In response, Haq said the IT Ministry does not have control over the PTA. The authority is overseen by the Cabinet Division, he said.

“Only the Cabinet Division could comment regarding the ban on PUBG,” the IT minister said in his statement.

On July 1, Pakistan Telecommunication Authority (PTA) had temporarily banned PUBG for being “addictive” and had negative impact on the young minds who were playing this game.

According to a statement by PTA, “It had received numerous complaints against the game wherein it is stated that the game is addictive, wastage of time and poses a serious negative impact on the physical and psychological health of the Children”.

Islamabad High Court’s Justice Amir Farooq reserved the decision on the PUBG ban in the country, in another hearing that happened on 15th July. He further said that PTA should have consulted with a psychologist to learn about the pros and cons of the game before the ban.

Since then multiple petitions have been filed against the ban from all over the country.