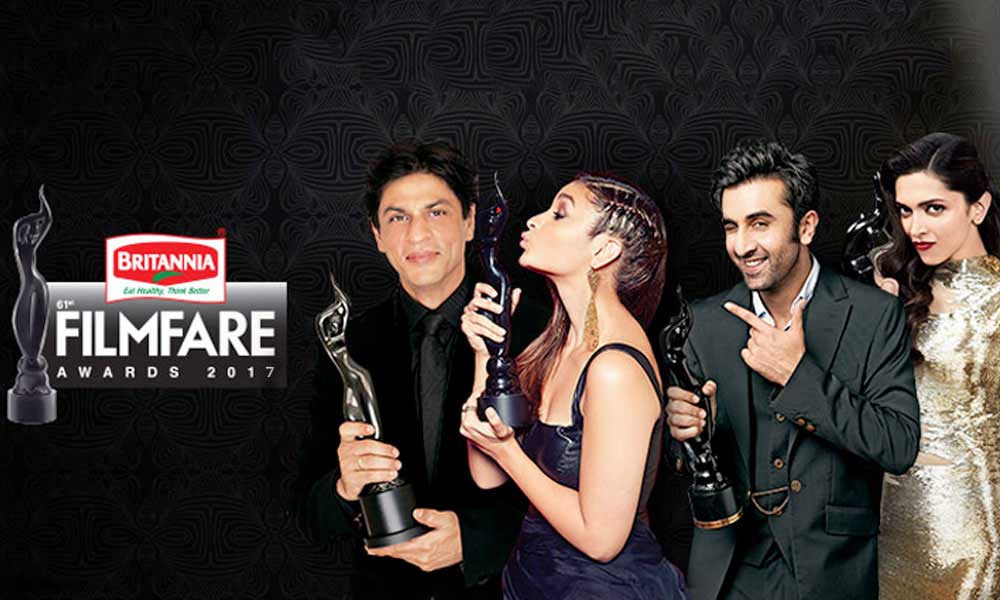 The night will be a memorable one as Karan Johar and Shah Rukh Khan – the two wittiest Bollywood minds have been roped in to play the host for the evening. It is safe to assume that the awards night will have loads of laughter, jokes, healthy criticism and more!

Check out some of the tough rehearsals going on for Filmfare Awards 2017:

Sonakshi Sinha will dance on all hit songs of 2016

Varun Dhawan will heat up the stage with his performance

The Filmfare awards are considered one of the most prestigious acclamations in the industry hence expect major leading celebrities including Shah Rukh Khan, Salman Khan, Deepika Padukone, Ranveer Singh, Ranbir Kapoor, Amitabh Bachchan, Katrina Kaif and others in attendance. Saif and Kareena Kapoor Khan might miss the event as they are out of a country for vacations and Priyanka Chopra too might return to the US to promote her upcoming movie, Baywatch.

2016’s biggest hits were Sultan, Pink, Dear Zindagi and Dangal so expect the Khans to lead the nominations with their stunning performances. Amithab Bachchan too gave a stunning performance as a lawyer in Pink and how can new forget Salman Khan’s super hit Sultan role as a wrestler.

The polling for the nomination will begin after January 14th, 2017. The audience can nominate their favorite film, director, actor, actress, etc. from the official website of Filmfare Award 2017. The event will be telecasted live on Jio TV. This year Filmfare has also introduced Short films award to encourage the talented filmmakers. Short films have recently gained popularity from all parts of the country.

Check out the Nominations of the 62nd Jio Filmfare Awards

Stay tuned to find more updates on the glitziest night of Bollywood.