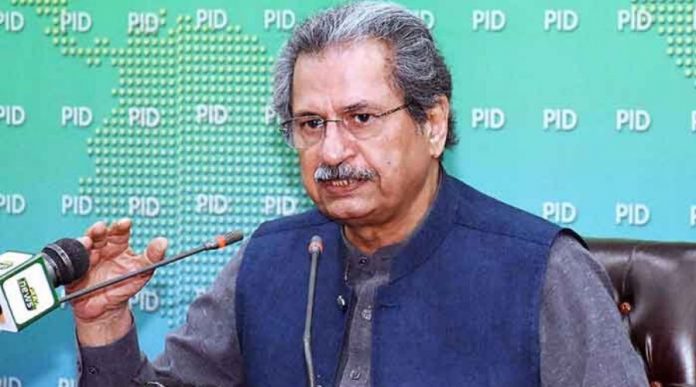 Federal Minister for Education, Shafqat Mahmood announced on Thursday that all educational institutes, including school, colleges and universities, will reopen on September 15 if the situation of the coronavirus (COVID-19) is improved.

SOPs must be followed:

The minister revealed that it had been already decided to give permission to the educational institutes authorities to call its administration staff before September 15 and instructed that trainings will be given to all the staff of the institute to make sure that standard operating procedure (SOPs) are fulfilled. Moreover, there is an ongoing rumor going on about several options such as ‘odd-even plan’ in which only half of the students on campus will be allowed on a particular day. He also strictly warned that if any institution is found violating the SOPs, would be shut down immediately and legal actions would be taken.

He also said that the government will hold a review to their decision in an inter-provincial meeting at the end of August.

He said that provinces will be held responsible to make sure that SOPs are followed properly, warning the academic institutes to follow the procedures handed out by the government, by saying:

“It is my request to private schools, especially, that the SOPs that you will have to follow will be the ones made by the government.”

PhD students will be allowed to continue their Research:

Universities had asked permission to the government, to allow PhD students, in a limited quantity and by following the SOPs, who need access to laboratories to continue their research till September, he said.

Students having Internet issues are allowed in hostels:

Mostly schools and colleges are shifted to online classes due to the closures of academic institutes during the global pandemic, the students who lives in remote areas with no or poor access to the internet are suffering the most. To reimburse for the loss, “such students would be allowed to stay in the hostel building” but Mahmood insisted, residence rate should not run over 30%.

Educational institutions are requested the government to let the examinations to be held. “We have received many recommendations to allow exams for medical students and for university admission test to be held,” said Mahmood Shafqat.

After that, the minister stated that the government will allow some relaxation in some restrictions forced on important exams and admission tests.

Last month, Mahmood had announced that the government was considering to reopen institutes with the implementation of SOPs and suggestions had been perused from the madrassahs and private institutes of all provinces, including Azad Jammu and Kashmir and Gilgit-Baltistan.