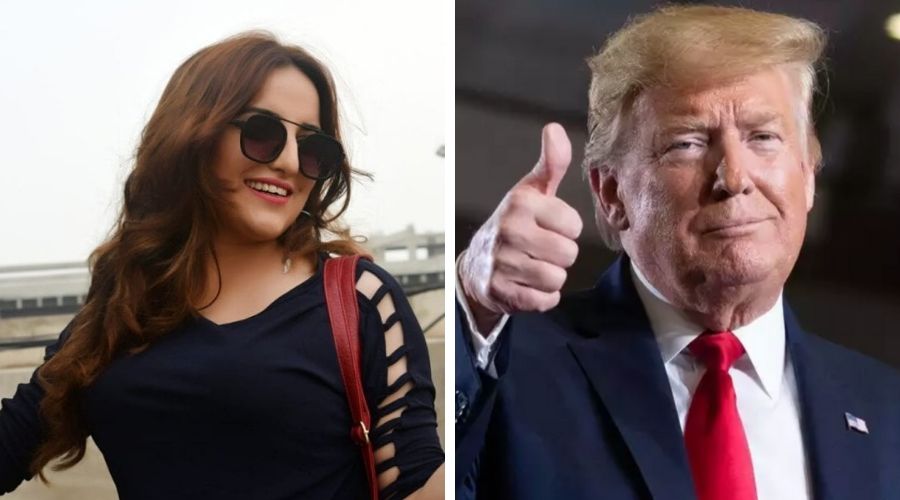 One of the most popular TikTok Stars of Pakistan, Hareem Shah has yet again made a statement that has her trending on all social media. After threatening PM Imran Khan to leak his videos for not announcing lockdown, this time TikToker has taken on the US President Donald Trump.

Shah went on to ask the US President, “Are you interested in making a TikTok video with me?”, while tagging the official account of the politician.

This tweet has come after a series of tweets in which Shah takes on the politicians and among the many video leaks were included the private calls with many top Pakistani politicians like Sheikh Rashid.

She along with her partner Sandal Khatak has already made quite a stir for her controversial videos featuring politicians.

Earlier, she took the internet by storm when a news was going around that she might be hosting a 2020 Ramazan transmission.

This seems like a classic case of quarantine blues that not only Shah but numerous celebrities are facing around the world in order to stay relevant.