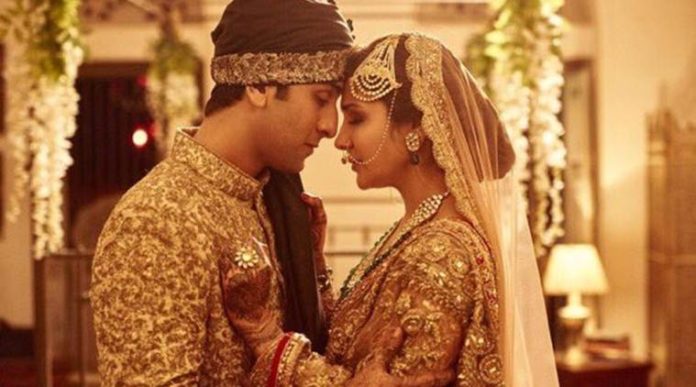 he Ae Dil Hai Mushkil fever is not going to fade anytime soon and it seems that the movie makers are in a mood to keep surprising the fans with the beautiful music album. After the soulful title track and upbeat Bulleya, Karan Johar has released the third song Channa Mereya and fans are going crazy over it. Channa Mereya is the third hit song in the row, featuring Ranbir Kapoor and Anushka Sharma getting intimate in a traditional look in heavy embellished Indian attires. Before releasing the song, Dharma Production posted a verse from the song on twitter:

After the crackling chemistry of Aishwariya and Ranbir in Bulleya song, Channa Mereya, beautifully sung by Arijit Singh, is yet another romantic number showing an intense chemistry between Ranbir and Anushka. The song seems to be a festive track for this season.