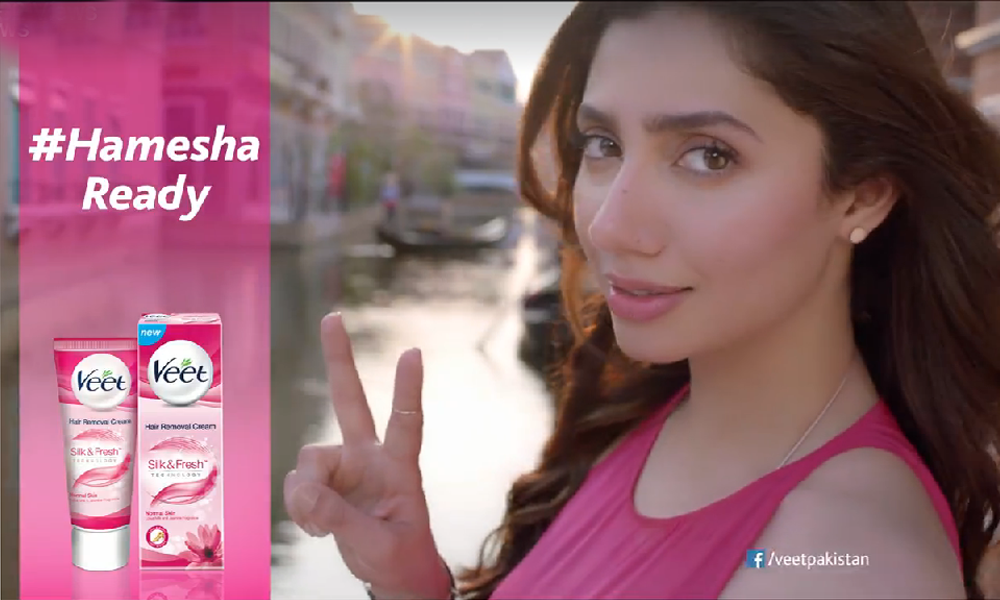 Pakistani actress Mahira Khan is riding high on success on daily basis we think! That actress has already signed three films this year and besides that, her appearances are going viral too. Weather, it is an award show, a conference in Dubai. Mahira Surely is the center of attraction right now. Similarly, Mahira Khan has now become the new face of Veet. She featured on the latest TVC of Veet Hamesha Ready.

The actress seen dancing around in the TVC and she looks adorable.

3 Mahira Khan Movies ALL Indian Fans Need To Know About

Mahira Khan’s upcoming movies include Shoaib Mansoor’s Verna and Bilal Lashari’s Maula Jatt 2. Then she will pair up with Shehryar Munawar for Saat Din Mohabbat Inn.