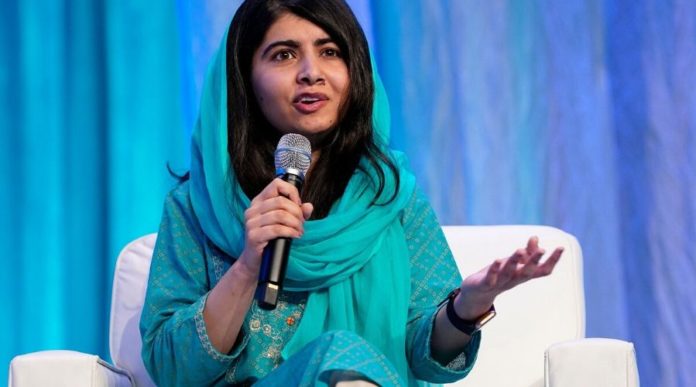 On Saturday, Malala Yousafzai joined the biggest celebrities in the world on Facebook and Instagram to address the students on the #Graduation2020 virtual commencement ceremony. She was joined with celebrities like Oprah Winfrey, Cardi B, Hugh Jackman, Matthew McConaughey and many more.

As in-person ceremonies being postponed or canceled in response to the coronavirus pandemic, the virtual ceremony was arranged for the students who were graduating and these celebrities imparted words of wisdom as these young people set to embark on the world.

Malala’s words were some of the most powerful, with her saying that she hopes “the future will be even better as we become more responsible people.” Pakistani activist Malala Yousafzai said she, too, was missing her graduation like the class of 2020. “We’re not alone,” she said.

Yousafzai also called on graduates to remember girls all around the world who “may never return to the classroom because of this crisis.”

“The class of 2020 won’t be defined by what we lost to this virus but by how we responded to it. The world is yours now. And I can’t wait to see what you make of it,” she said.

“I know that we are heading into an uncertain future, and everyone says that things will not be the same as they were before, but I know they will be better, because when we go through some tough challenges we learn about who we are and what we value in our life,” Yousafzai said.

She encouraged the young graduates while pleading them to be better then what we have been before and remember people especially girls who may never be able to attend school after this as the crisis will force them into unforeseeable future.

“But many girls, especially in developing countries, will never return to the classroom. Because of this crisis, they will be forced into early marriages or low paying jobs to support their families, and when schools re-open, their desks will be empty,” she said. “They are our peers. They have the same right to education as we do. So I ask you to remember them today as you out and change the world, don’t leave them behind,” she added.

“The class of 2020 won’t be defined by what we lost to this virus, but how we responded to it. The world is yours now, and I can’t wait to see what you make of it,” she said signing off.

Malala Yousafzai’s words were strong in that they were not only encouraging to the young students who have set out to figure out their futures but also responsible as these young people can be the change that this world now needs.