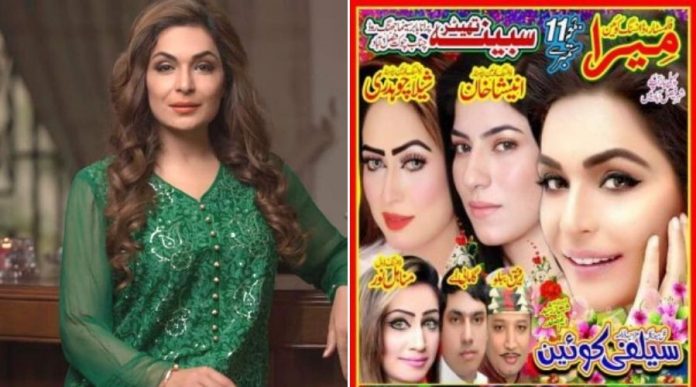 Meera Ji is truly one of the most legendary personality of the Pakistani Entertainment Industry. From amazing take on English language to being involved in endless plethora of controversies, Meera Ji is that confident figure of the industry that is always in demand and now she is coming with her latest stage show, “Selfie Queen”.

After the Lahore Arts Council rejected actor Meera’s request for financial assistance, the Baaji star has decided to return to stage shows.

Meera will be appearing in the new stage drama ‘Selfie Queen’ starting September 11 at the Sabina Theater in Faisalabad. The show is written and directed by M Safdar and Shahbaz Rashid.

The preparation of the show is already underway with Meera already starting her dance practices.

Meera this year had to face hard times when she got stranded in New York city amidst corna virus spread which led to all the flights worldwide being cancelled and the actress had to appeal to Prime Minister Imran Khan to help her come back home and soon enough the government representatives got in touch with her and aided her in her journey back to Pakistan.

She also faced $100,000 in losses after her shows worldwide got cancelled after which she applied for financial assistance of Rs. 40 million under the Artist Support Fund, which has been launched by the Punjab Information and Cultural Department. But the request was shortly rejected as it was for struggling artists only.