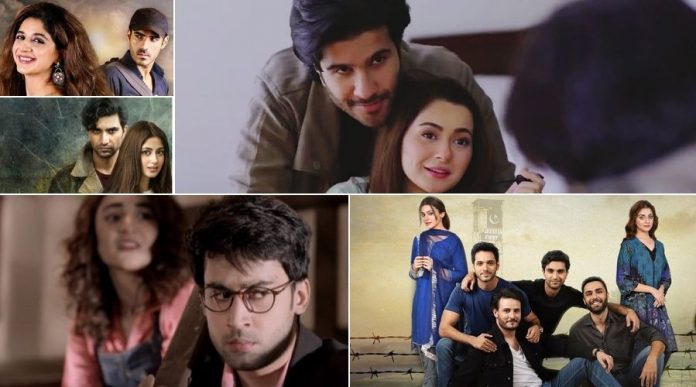 The plot, characters, cast and production team are of essence to a drama and they all come in the second phase when the audience finally views it but the personality of a drama project is depicted in its OST, which the audiences are introduced to in the first phase.

The OST enhances the emotion featured and mood of the drama. The melodious tunes carry with them what the audiences are set to experience in the form of a 30 episode long drama serial and they are invested by taking the OST in first.

Hailing much acclaim from audiences and critics alike, the super hit serial starring Yumna Zaidi and Bilal Ashraf surely nailed the story and performances alike. Another win for the drama was its old school style OST that was heavily featured throughout the show. The OST for the drama serial has been composed by Ahmad Jahanzaib and singers Ahmad Jahanzaib & Mahnoor Khan add magic with their voices to the lyrics by Ali Moin.

The drama that gave us one of the most sizzling chemistry on-screen this year was the mega hit serial Ishqiya that featured Hania Amir, Feroze Khan, Ramsha Khan and Gohar Rashid as leads. The OST is composed and singing by the Famous Pakistani singer Asim Azher and the powerful vocals gave a the emotional feel to the drama that it required.

Dilruba, is the serial that gets millions of views and is highly trending and that people tune in to every week and is the story of a girl that flirts around for fun this time around and pays heavy price for it. The OST has been sung by Nirmal Roy, Lyrics are penned by Sabir Zafar and the Composer is Shani Arshad.

Story of betrayal in love, Bewafa starred in leads roles Ali Rehman, Ushna Shah and Naveen Waqar. The OST of the drama was sung by the melodious Shafqat Amanat Ali that encapsulates the true emotions of unrequited love. The lyrics were penned by Akhter Shumar and composed by Naveed Naushad.

Daasi was a drama that marked the return of the talented Adeel Hussain back to television screens but confused plot lines and some annoying performances did not make the drama everyone’s favourite. Though the powerful OST was on everyone’s playlist. The OST was sung by Wajji Ali and composed by Ali Moeen.

Fan favourite “Ehd-e-wafa”, the hit Pakistani drama series which revolves around relationship of four childhood friends and focuses on an individual’s relationship to his country made many eyes teary. And the drama had been coupled with the perfect OST that complimented the powerful story. It was sung by superstars Ali Zafar, Asim Azhar and penned by Imran Raza.

Serving as one of the most intriguing and gripping mystery serial in Pakistan ever to air on TV Screens is the masterpiece, Ye Dil Mera which made strides worldwide. The filmy and colorful style OST was in sharp contrast with the plot of the story which was very dark and this is what made it special. The OST of the hit drama serial is composed and sung by Shiraz Uppal. The lyrics are penned by Shakeel Sohail.

Serving this year’s strongest female leads, Sabaat is the drama that is about relationships and how easily they can be broken because of wanting ultimate control. The OST has been sung by the legendary and melodious singer Ali Sethi, composed by Naveed Nashad and penned by Kashif Anwar.

Featuring the strongest performances by the lead as well as the supporting cast, Ishq Zah-e-Naseeb intrigued the whole nation. And heavily featured throughout the drama is the OST that compliments the intense story. The OST has been sung and composed by Naveed Nashad and penned by Hashim Nadeem.

The series that took everyone by surprise was Dushman-e-Jaan, which also marked the comeback of veteran actors Mohib Mirza and Tooba Siddiqui. The highly emotional story is elevated to another height by its OST that is composed and sung by Adnan Dhool & Rabi Ahmed.