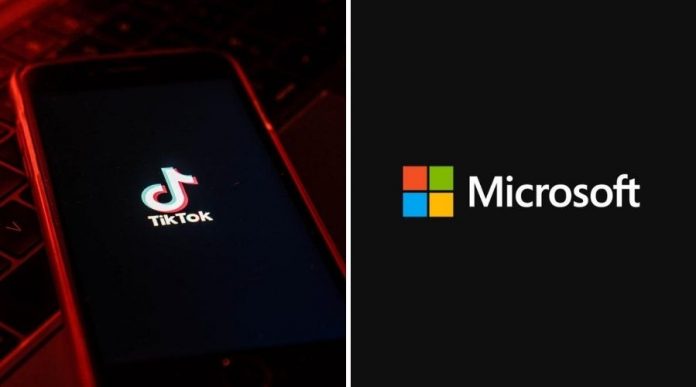 According to the New York Times, Microsoft Corporation is considering to buy the ridiculously popular video-sharing app ‘TikTok’, since the Chinese app have been suffering a lot of retaliation in the US.

The president of the US, Donald Trump stated that he would sign an exclusive paperwork through which the app will get banned. The decision of the president were followed by strict negotiations in the white house in-front of the ByteDance team, White House officials, and potential buyers of the app like Microsoft.

Sad to say, ByteDance team was not able to make any agreements with the Trump formed committee, which concluded the fall of its operations in the country. However, another committee will be formed again soon for negotiation by TikTok .

Tech giant, Microsoft, needs no introduction, the company already owns a popular social media platform like Facebook known as ‘LinkedIn’. Reportedly, If Microsoft is able to purchase TikTok; it is expected that the company will face less regulatory obstacles than Facebook.

Although, we do not know the precise net worth of TikTok, but it is expected to be in billions of dollars. However, we do know that ByteDance has a total net-worth of $140 billion in private share transactions.

Trump gave a statement regarding the issue while addressing, saying that:

“Not the deal that you have heard about, that they are going to buy and sell.. and Microsoft and another one. We are not on M&A (merger and acquisitions) Country.”

For the time being, the committee, including two tech giants, has said not to give any further statements regarding this issue. Whereas, Microsoft is more likely to step forward and give a positive response.

The TikTok representative said: “We will not give any statement or justification on the rumors going around but we are confident that TikTok will be successful in the long-run.”