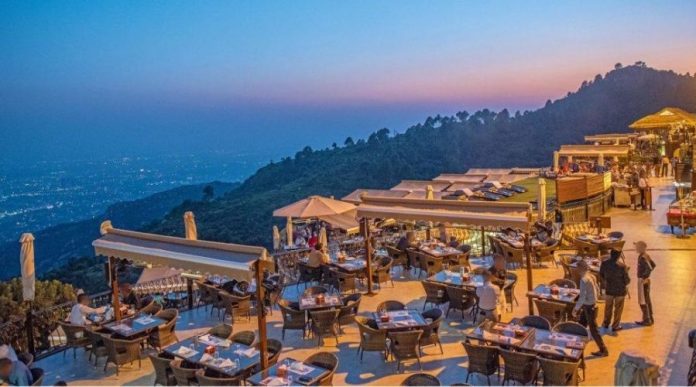 Even after the recreational, economic and tourist activity across the country had started, the famous tourist spot “Monal” restaurant situated on the Margalla Hills in Islamabad did not receive permission to open as in recent development government decides to demolish the Monal Restaurant on the top of Margalla hills in Islamabad.

Zartaj Gul, Minister for Climate Change, said that the reason to take such a hard decision was because it is built on Margalla National Park, and it is against the law to erect constructions on national parks.

Complaining that these restaurants are earning millions and none directed toward Corporate Social Responsibility, Zartaj Gul added that the government not only will oppose construction in national parks but will also demolish the existing infrastructure to restore their biodiversity.

Monal has been under fire ever since cut an enormous amount of trees to clear up space for expansion, all activities done illegally.

After which Supreme Court of Pakistan ordered to demolish the illegally constructed portion of Monal Restaurant at Margalla Hills.

Chief Justice of Pakistan Gulzar Ahmad also directed CDA to ensure plantation of new trees, adding that protection of the hilly areas will be ensured at every cost.

Even before that in 2019, Army went for Monal and said that it wanted the land that the restaurant was built back as it belonged to the Army.

Capital Development Authority Member Planning Dr Shahid Mahmood has told a parliamentary committee that the Monal Restaurant in Islamabad was built on military land and they wanted it back.

Even then sources had informed that Members of the National Assembly Standing Committee on Climate Change had recommended demolishing all illegal constructions in Margalla Hills National Park.