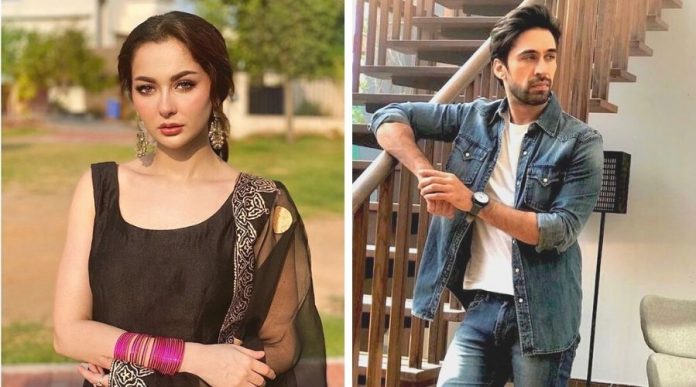 The bubbliest girl of the industry, the most suave actor and a brilliant director, when come together, a mega hit movie is definite. Earlier this year, director Wajahat Rauf of “Chalawa” fame announced that he is bringing a project which will star the super hit actors, Hania Amir alongside her Janaan co-star Ali Rehman Khan.

The film is titled “Parde Mein Rehne Do”, which is going to be a social comedy based on the nitty gritties of the norms of the society we live in.

Although Ali Rehman Khan and Hania Aamir have previously shared the screen in Janaan, it will be really interesting to see them play the lead couple in Wajahat Rauf’s next.

Produced by Wajahat Rauf, Shazia Wajahat and Zayed Sheikh, Parde Mein Rehne Do had gone under floors and was expected to release later this year, but the widespread had halted the shoot.

In an Instagram post, Rauf said that while “we all have deadlines and the risk of facing significant financial losses, the risk of corona spreading here like it has in other countries is unimaginable”.

In a statement on social media, Wajahat Rauf shared, “Showcase Films has decided to halt shooting of our film Parde Mein Rehne Do in light of the current situation. While we all have deadlines and face the risk of significant financial losses, the risk of corona spreading here like it has in other countries is unimaginable. We thank our cast and crew for being extremely supportive and hope that we can all get through this together and without damage. Stay safe!”

Shazia Wajahat revealed that the shooting for the film will resume once the drama “Raqs-e-Bismil”, Rauf’s latest project, is wrapped up.

“The film is 50% shot. Once the drama wraps up, we will move on to the film. The film is set to resume shooting next year.”