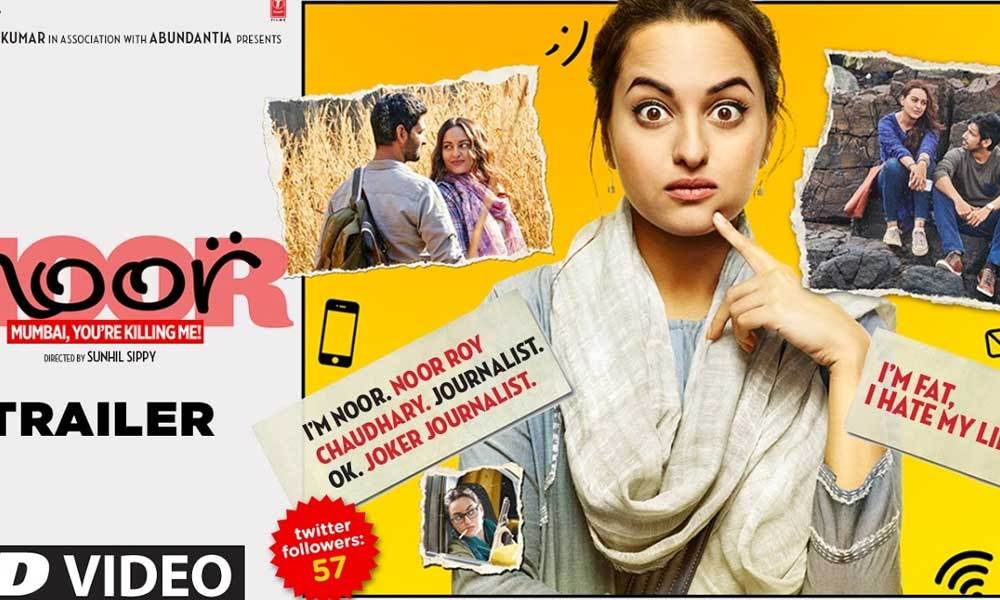 Based on the novel Karachi you’re killing me, Noor movie fails to impact on the most important theme of the novel, which is its reality. Watching Sonakshi play this part is the most starkly disorienting thing about Noor. The movie gives her a chance to be an actual flesh and bone person.

Sonakshi Sinha fails miserably playing a role of a journalist. She is more relatable as a girl who swears by her rum, eats cake in bed and becomes the third wheel on a friend’s date. Her friends and problems are silly as yours, her issues are at times frivolous but her quarter-life crisis seems credible.

In the acting department where Sonakshi fails to capture the essence of a journalist, she rises to the occasion as a modern day working girl. Gill brings a lightheartedness to the movie and Smita Tambe delivers equally well in half the screen-time. Shibani Dandekar was okay in the movie.

Direct by Sunhil Sippy, Noor on the wholesome introduces a conflict which is serious and relevant but offers very little by way of resolution. A slightly stronger effort on the protagonist’s part could have propelled the movie into greatness.