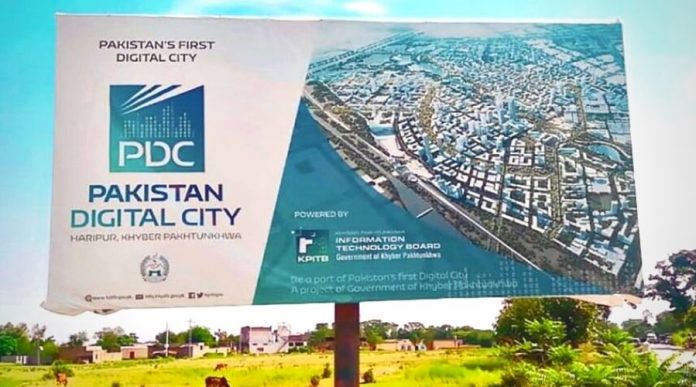 The Khyber-Pakhtunkhwa’s (KP) Information Technology Board (KPIT) has announced that its setting up Pakistan’s first-ever Digital City last month and Khyber Pakhtunkhwa government is aiming at 30,000 jobs through it.

This is initiated by the provincial government and will be set up in Haripur and nearby areas of Islamabad (located behind Margalla Hills).

The KP official said that the hub could generate nearly 30,000 new jobs at about 20 various high-tech operations.

“Pakistan Digital City project is a reflection of the Prime Minister Imran Khan PTI ‘s Digital Pakistan vision, which would be a source of employment for the youth of Khyber Pakhtunkhwa. We are bringing Pakistan towards digitalization,” KPIT tweeted.

The Digital City is aimed to serve as a hub for high technology, innovation hence creating thousands of jobs.

“The master planning and designing will be finalized by the end of October this year,” Zahoor Shah Marwat of the Khyber Pakhtunkhwa Information Technology Board told the publication.
“Potential investors, including software houses, technology incubators, electronic manufacturers, mobile, computer, and communications equipment manufacturers will be invited to establish their facilities,” the official said.

Zia-ullah Bangash, Advisor to KP Chief Minister on Science and Technology said that the Pakistan Digital City initiative would be a platform where a variety of businesses and tech corporations could operate. “A number of tech companies whether related to hardware and software would set up their businesses here.”