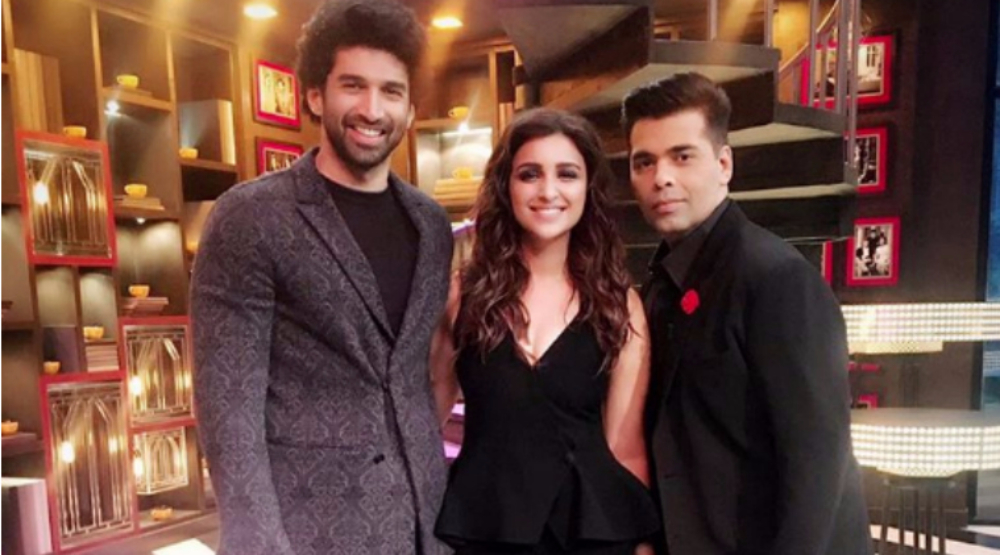 After Ranbir & Ranveer’s amazing episode, the next to grace to the couch will be Parineeti Chopra and Aditya Roy Kapur – one of the most loved jodi of B-town. The slimmed down Parineeti will share the couch with none other than her good friend and co-actor, Aditya Roy Kapoor.

As on the promo, Parineeti confesses that the hilarious thing she ever read was “Parineeti looks like a hot air balloon” and her answer to that was “which was also true at one point”. 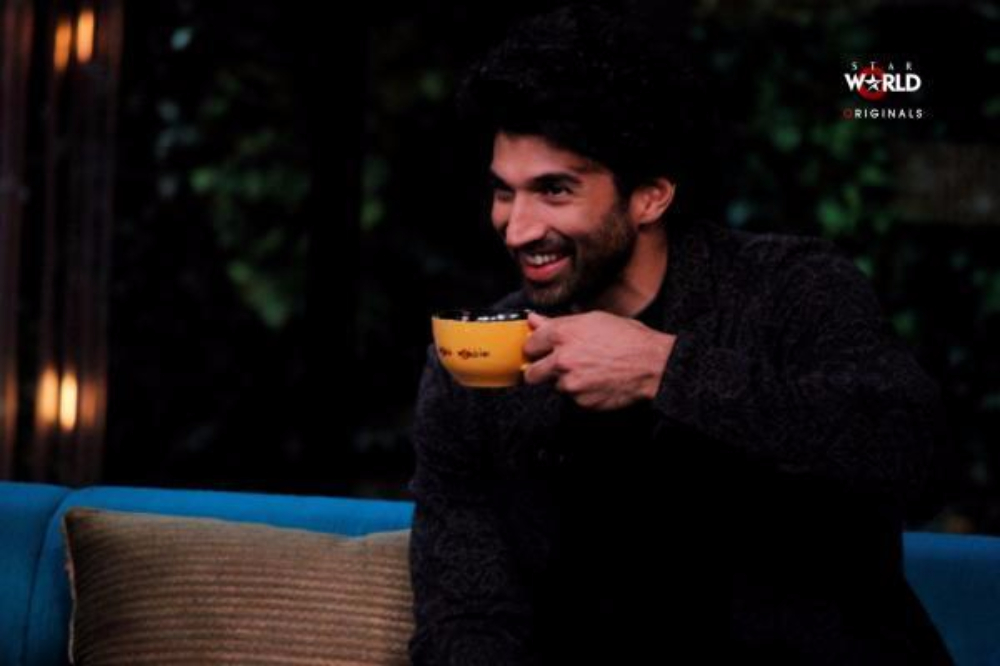 Aditya thinks that Parineeti is most likely to be caught hooking in a public place to which she responds. “You have to use your brains, but you don’t have any. We will collect your brain in a teaspoon”. This episode looks another hilarious one as both the celebrities pulls each others legs.

This episode looks another hilarious one as both the celebrities pull each others legs. 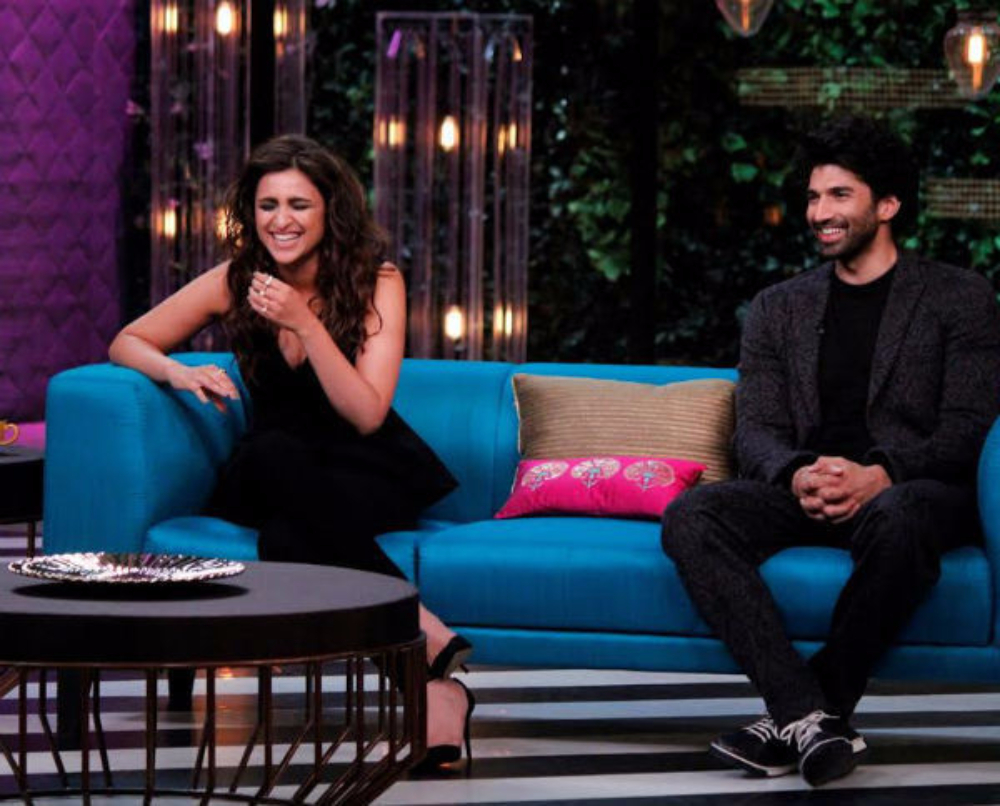 The duo will be seen raising the temperature with their pure chemistry inside them. Whereas, bravely facing Karan’s pointed and notorious questions.

Stay tuned to find out more about Koffee with Karan’s next episode.