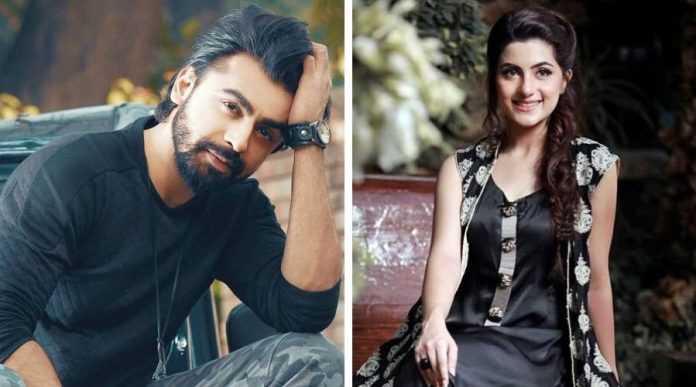 The very talented and versatile Singer turned Actor “Farhan Saeed” has proved himself many times over the past few years with his blockbuster Drama Serials such as, Romantic Comedy series of “Suno Chanda” and also “De Ijazat Jo Tu”, in which drama serial ‘Suno Chanda’ have already aired two seasons on TV screens and won the “Best Play trophy” at the Lux Style Awards last year.

On the other hand, we have the beautiful Soha Ali Abro, who won the “Best Actress Film trophy” for her film Motorcycle Girl.

Last night, we found out that both Farhan Saeed and Sohai Ali Abro are coming back together as star actors after almost 5 years of break for the Project “Prem Gali”.

Farhan Saeed also posted a short video of Prem Gali intro on his Instagram account. Here, have a look.

After knowing that, Farhan Saeed and Sohai Ali Abro who is currently working on a project Surkh Chandni, everyone would be waiting anxiously to see their favorite stars to come on-screen once again.

The drama is Directed by Qasim Ali Mureed, and in-fact he is the one who revealed that Farhan and Soha will be seen together soon.

He also mentioned that:

‘It is too soon to reveal anything regarding the story-line, but yes this drama is all about love fulfilling its every dimension. The project is quite composed and mature enough to cover all the social aspects. The substance of this project has its peculiarity since it has the script of Faiza Iftikhar and with the opinion of Nadeem Baig’.

Through his statement we got to know that the drama is actually penned by Faiza Iftikhar, who also wrote the script for the critically and commercially acclaimed serial ‘Ranjha Ranjha Kardi’ that has been recently completed. Moreover, Nadeem Baig had also jumped in this project.

In Addition, the drama ‘Prem Gali’ is produced by the famous actor Humayun Saeed, who is very well known for his recent hit drama “Mere Pas Tum Ho” and Shahzad Nasib’s company ‘Six Sigma Plus’.

Meanwhile, Farhan Saeed is also working on a project with Qasim Ali on his upcoming movie “Tich Button” which is being produced by his very own beloved wife ‘Urwa Hocane’.