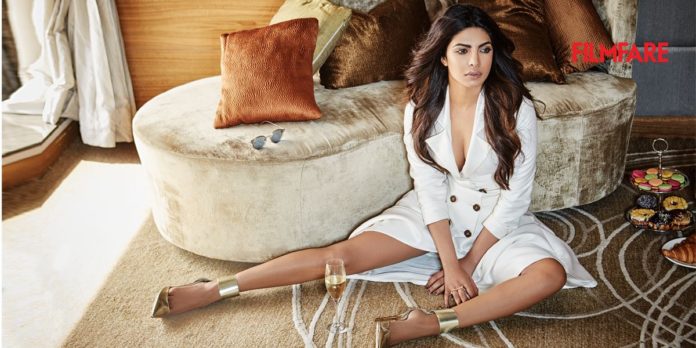 Priyanka Chopra has graced the cover of Filmfare magazine October issue and like always – she looks smoking HOT! There is no stopping for the 34-year-old actress who is making headline all over the world. Be it her red hot Emmy’s red carpet look or the Quantico season 2 premiere, the dusky diva is flying high these days. Scroll down to see the complete photoshoot video below. 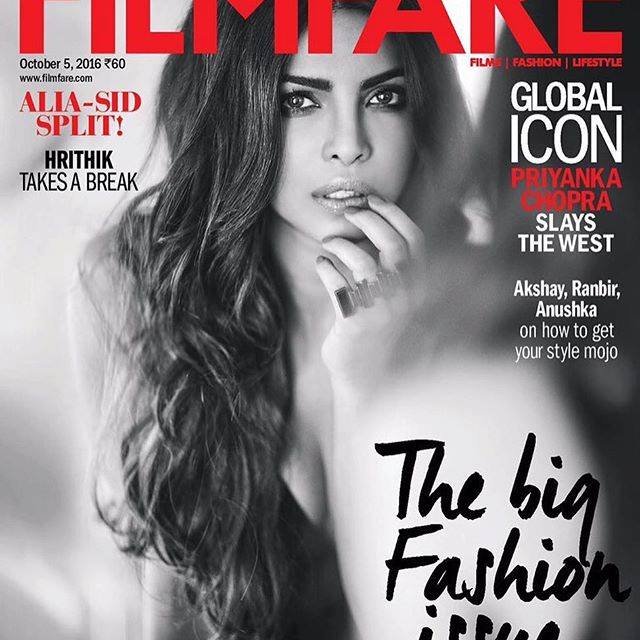 Chopra oozes oomph and hotness in a grey scale close up. Filmfare cover calls Priyanka Chopra a ‘Global Icon’ who is slaying the West. The Quantico star made some shocking revelation in her interview to the magazine. She talked about her love life, childhood insecurities, success and personal life.

PeeCee, is currently filming the second season of American TV series Quantico and is all set for her Hollywood debut with Baywatch, which will release next year. She is reportedly flirting with The Avengers star, Tom Hiddleston! Do you think Chopra and Hiddleston can be a thing? Tell us in the comments below!