India’s popular musical reality show, Indian Idol is coming back with its seventh season!  Sony Entertainment released the first promo of the show which features Bollywood’s most popular playback Singer Sonu Nigam who has come back on the show after a gap of 10 years. The judges of Indian Idol season7 will likely to be Sonu Nigam, Anu Malik, Sunidhi Chauhan and Salim Merchant. 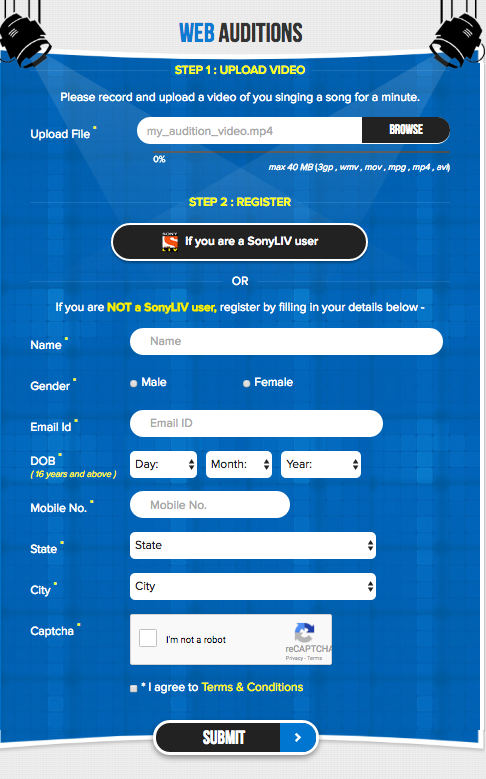 Step 1: Record and upload a video of your 1-minute song. OR

Step 2: Fill out the details form on the following link: www.sonyliv.com/IndianIdol

Indian Idol is the Indian version of the Pop Idol format. It is one of the most viewed singing reality shows in India and has completed six seasons very successfully. It started airing in India with the First Season in 2004–2005 and was followed by Second (2005–2006), third (2007) and fourth (2008–2009) seasons. The fifth season of Indian aired on Sony TV in 2010.