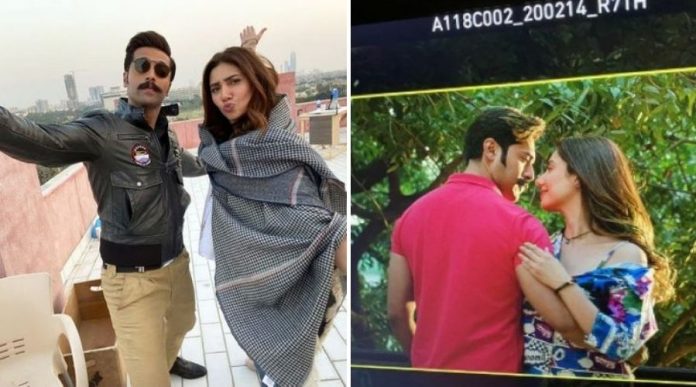 After the teaser posters created major hype for the upcoming movie, Quaid-e-Azam Zindabad, the behind the scenes pictures released of this much anticipated Mahira Khan and Fahad Mustafa starrer have fans anticipating the exciting release even more.

The behind the scenes shows colorful shots of Mahira Khan and Fahad Mustafa.

After Nabeel Qureshi confirmed that Fahad Mustafa will be playing a cop, we have his look finally revealed.

This would be the first time that the superstars will be seen together on the big screen. Mahira Khan has made appearances on Fahad Mustafa’s famed show “Jeeto Pakistan” several times and now they will work on screen together for the first time.

The movie wrapped up shooting earlier in 2020.

The cast and crew took to social media and announced the news, posting pictures from the set. “It’s a wrap,” shared Fizza Ali Meerza.

Though the movie was set to release on Eidul-Adha, the pandemic caused it to delay and will be released later this year.

The film is directed by Nabeel Qureshi and co-written by him and Fiza Ali Meerza.