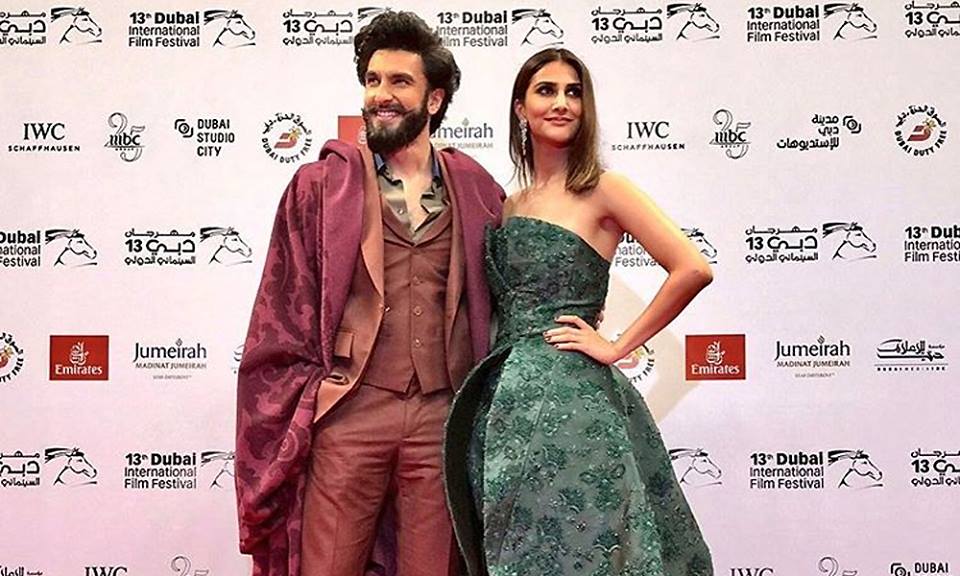 Ranveer and Vaani’s chemistry in Befikre – Crazy and wild trailer has already made it the most awaiting movie of the year. The brand new Hindi Romantic Comedy-Drama film was at the Red Carpet Gala of the 13th edition of the Dubai International Film Festival(DIFF). Hence, Aditya Chopra’s first production from Yash Raj Film was shot entirely in Paris, France.

However, this is the fourth time Yash Raj Films has been selected. Nelson D’souza, Yash Raj Films, Head of Operations said: “Yash Raj Films and DIFF have a long history. We’re privileged and honored to have been a part of this remarkable journey with DIFF from the beginning. We’ve worked so hard for ‘Befikre’ as it is a film very close to our hearts. Aditya truly has his father’s instincts. We thank DIFF for their support and wish everyone a great festival.”

Here are some hot pictures from Dubai International Film Festival:

Speaking about the premier Ranveer loved Dubai. He had a spectacular time. Vaani and he graced the red carpet of the festival in the most fashionable way possible. Vaani Kapoor glamoured in Ashi Studio gown. Ranveer looked an angelic devil in a maroon color Vivienne Westwood suit. Whereas, Ranveer was very glad that a film that is so special to him is premiering here.  It is an enjoyable film, a bonafide Hindi romantic comedy.