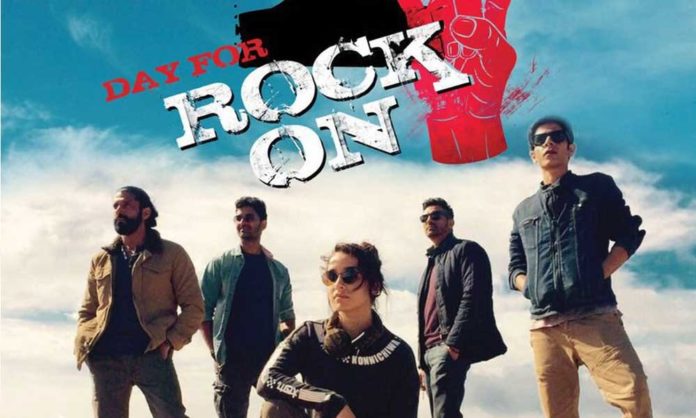 Rock on 2 is the sequel to 2008’s endearing movie about music, love and friendship. Everything that captivated the audience about Rock on returns with a bang in its sequel. This movie creates an immaculate balance between the past movie and new plots without diving too deeply into both. The movie is both fresh paced and engaging.

From the brilliant cinematography to the soul touching music, everything about this movie screams success. Shujaat Saudaagar does justice to all the characters by bringing them to life with his brilliant execution. The different themes going on in the movie like pieces of a puzzle. The idea behind inserting socio-political themes in a music drama shouldn’t work but somehow it does.

The movie does a brilliant job of portraying Meghalaya in such an astounding light. As for the characters, Arjun Rampal looks effortless while playing his character. Purab Kohli slips into his role as if the years between the original movie and sequel were never there.

Shashank Arora of Titli fame, is a welcome addition to the team. He’s a scene stealer. But no one quite shines like Farhan Akhtar. Farhan dominates every scene that he’s a part of. Shraddha Kapoor though acts brilliantly, her performance flounders in comparison to the acting powerhouses pitched against her.