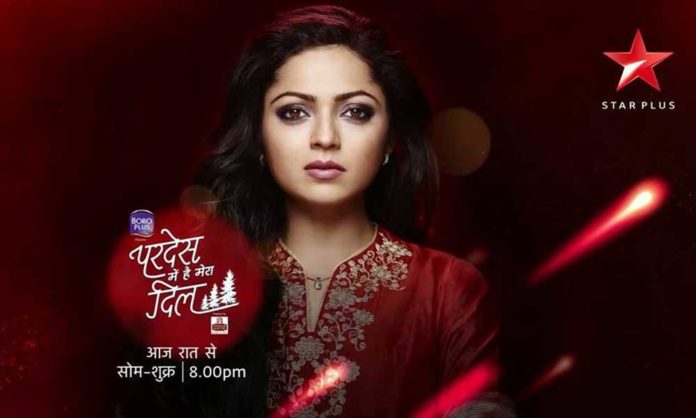 Ekta Kapoor is back with another love story starring Drashti Dhami and Arjun Bijlani. The show is called “Pardes Mein hai Mera Dil” and will see Drashti and Arjun playing the roles of Naina and Raghav. The premise of the show is based on the love story of two strangers who keep meeting each other through a series of coincidences.

The promos of the show have released and they are a visual delight as the show is being shot in Austria.

Another great surprise is Drashti’s new hairstyle which is a break from her usual monotonous look. The show premiered on 7th November on Star plus and opened to rave reviews.

With versatile actors like Dhrashti Dhami and Arjun Bijlani, great performances were to be expected. While the show was a little heavy on cliches , the light dialogue delivery balanced it out. The cinematography makes the show look exquisite while the direction is also par excellence.

What’s Not So Good

The show is riddled with too many cliches apparent in Indian TV shows. They give this otherwise fresh show a stale look.

Though it’s too early to put out a verdict with only the first episode out, the show proves to be interesting. With amazing actors , beautiful cinematography and scenes shot in foreign locales, this is the perfect fodder for you romantic die-hard out there.